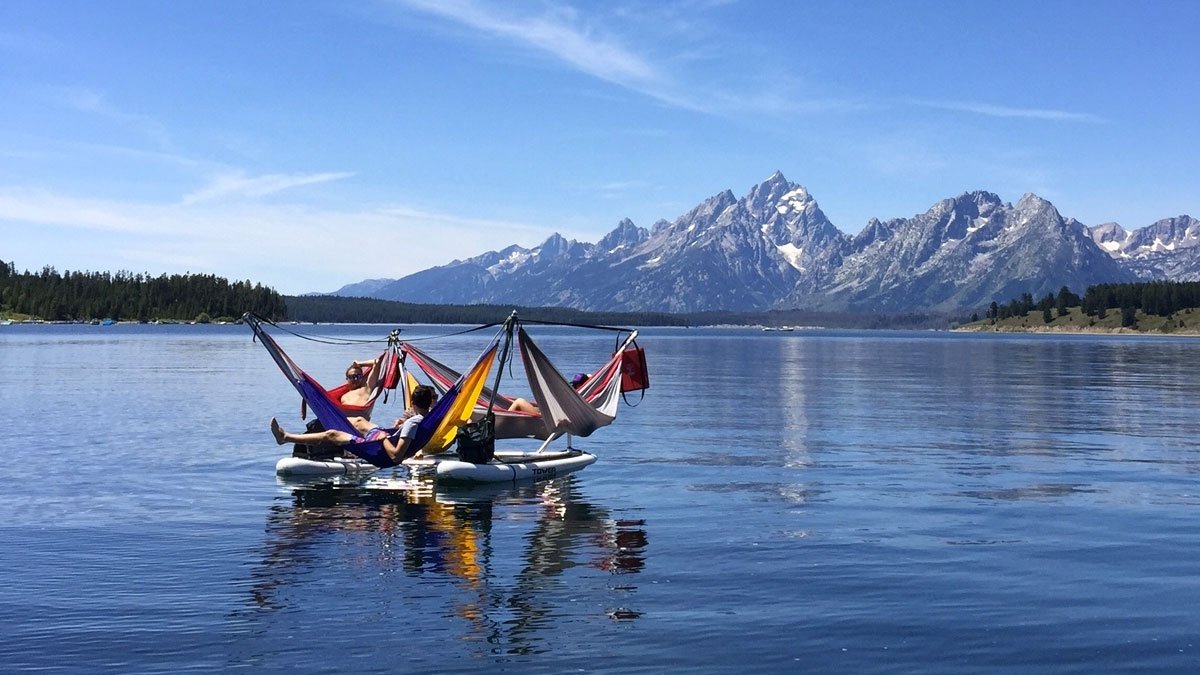 Lazy afternoon in the hammock meets float trip with a coupla coolers of beer and 3 of your best friends. Grab the Bud Light Lime, call Cornelius, Victor, and TJ, and prepare to launch the Hammocraft.

Hammocrafts use the same materials as whitewater raft frames, reconfigured to mount to your favorite floatation device strong and sturdy enough to string a hammock or 4 between their posts, and help a bunch of buds relax during a day on the lake. The Hammocraft brainfathers are based out of outdoor Wonderland Jackson, Wyoming (no surprise there) and sell their hammock rigs as fully functional and easily assembled frame kits, or individual frame, hammock, and hardware components you can use to build your own beast of the still, chill body of water*.

Hammocrafts can be fashioned to fit over stand up paddleboards, rafts, duckies, and drift boats (you'll need to supply your own). They are recommended for use on lakes and slow-moving rivers. Those interested in adding a Hammocraft to their plans for Epic Summer 2016 can contact the company to discuss configuration and kit options, as well as get price quotes. Ready-to-assemble frames run around $1,000.

*While Hammocrafts take advantage of whitewater raft materials, the company strongly discourages their use on actual rapids. In other words, don't replicate what the Hammocraft kids themselves are doing in the third image above.

The Breathing Buddha provides guided visual meditations for adults and kiddos alike. If successful, he will hone mindfulness, relieve stress and anxiety, and help you sleep. What a guy! Not to mention a perfect gift to...

Want 30 minutes' worth of meditation in 3 minutes? Want it n.o.w.? Solu's New Origin Waveform Tone Therapy feels you, and hopes to make you feel better, with their n.o.w. "Yoga for Your Mind" sound-based calming, centering...

All you need to stay afloat this summer is a pair of Inflatable Beach Ball Underwear! A swimsuit and life raft in one!...