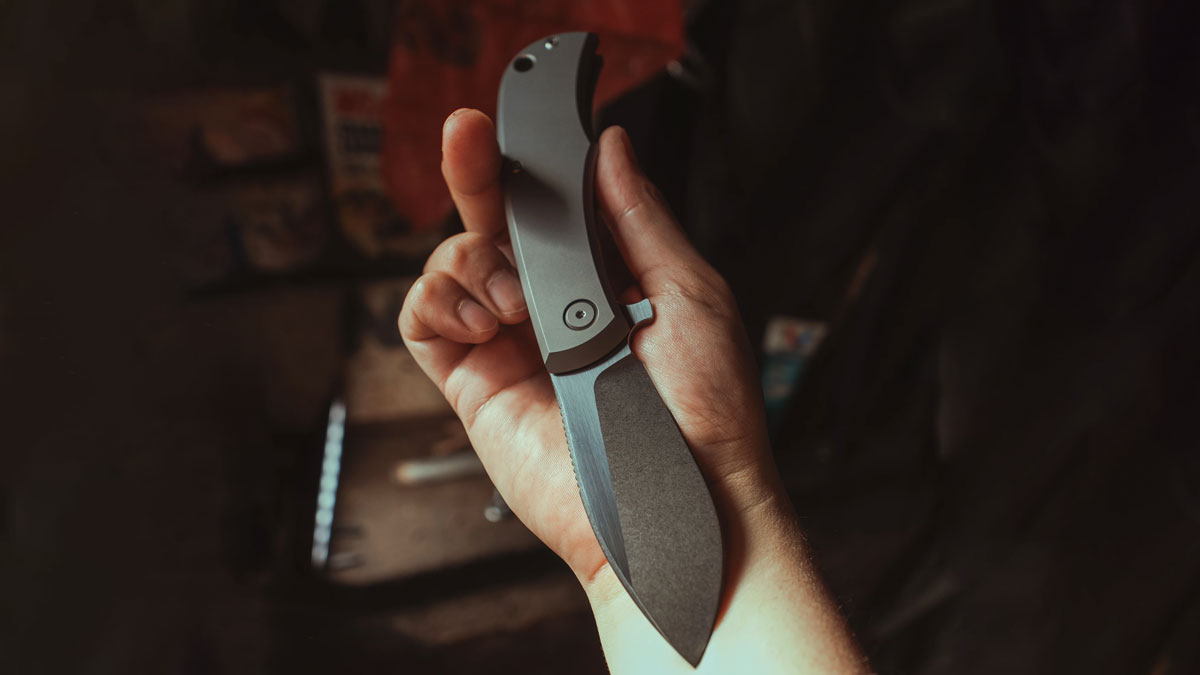 Nessie seems like one of the kinder deadly mythical beasts out there - at least in name, versus succubi, wendigos, and The Bogeyman - but Urban EDC Supply promises their Urban EDC Nessie Knife is "a beast among beasts."

The Urban EDC Nessie expands upon the Taylor Made Nessie slip joint knife, incorporating TJ Traylor's pattern into a frame-lock closure design done in collaboration between bladesmiths Chris Taylor and Eric Luther, and Urban EDC Supply. The Urban EDC Nessie has a two-tone M390 Kukri-style blade, with a recurve and finger choil at the base for added control, precision, and versatility during use.

Urban EDC Nessie handle options include lightweight jade G10, rugged micarta, or solid titanium. All versions have skeletonized, milled-out insides on their Ti scales to reduce weight over the sea monster's 7.75" total length. G10 and micarta weight is 5 ounces, while the titanium weighs in at 5.5 ounces.