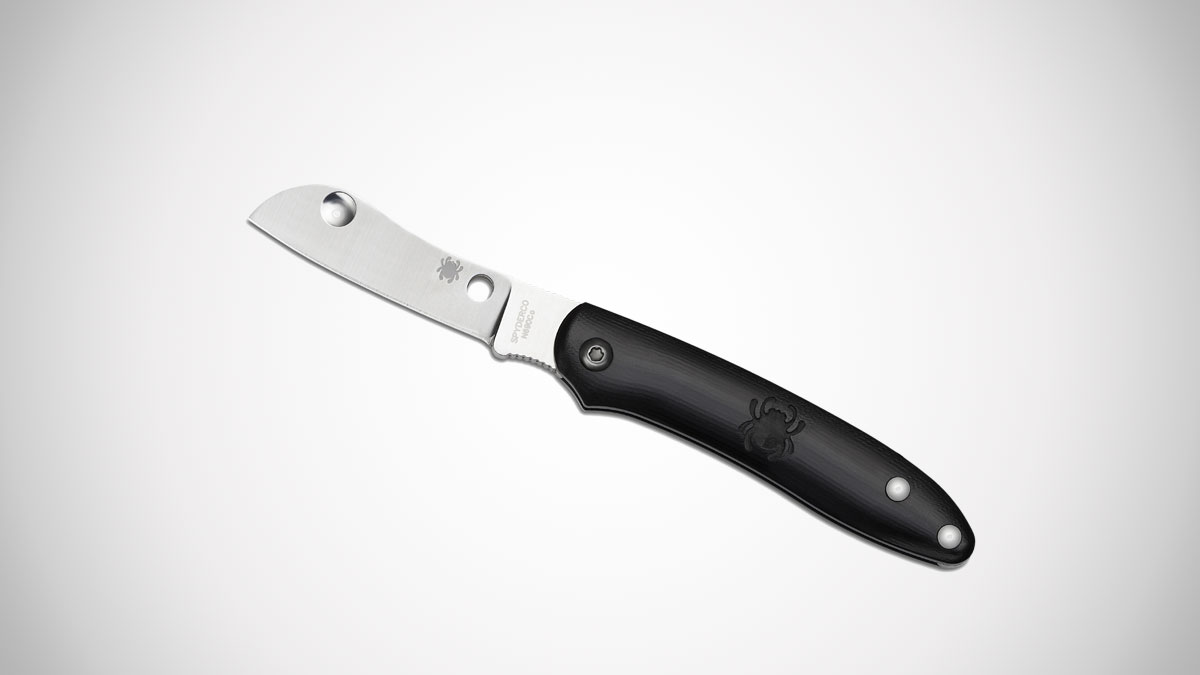 Spyderco's Roadie folding knife is the product of best laid plans foiled. Foiled by the TSA. In 2013, a decade-plus after 9/11, the TSA tossed around a plan to change US security regulations and allow some types of knives on airplanes again. In response, Spyderco developed what is now the Roadie, a "highly functional non-locking pocketknife that would have conformed with the TSA's proposed guidelines."

TSA later withdrew the proposal to modify its carry-on regulations, but Spyderco went ahead with its Roadie. I mean, they already had the design finished and, more importantly, had come up with the perfect name, so why not?

The Roadie is a non-locking folder with a 2" flat-ground sheepfoot-style N690Co steel blade. When open, a notched-joint mechanism holds it in place during use, while an index finger choil prevents accidental closure. Overall knife length is 5.08". The Roadie handle is made of fiberglass-reinforced-nylon (FRN) scales, available in several colors.

If you think super thin is super fly, check out Zootility's ST-2, the brand's Super Thin folding pocket knife with a thickness of just 0.125". Oh, and also, keep your opinions to yourself, because I am sick of skinny...

TILI. Rhymes with "lily." But this fixed-blade pocket knife ain't no pretty, sweet-smelling flower. Well I mean, it is kind of pretty, and while I doubt the blade has any sort of floral aromas to it, if you like the scent...

Why carry a simple pocket knife when you can carry Victorinox's Swiss Champ XXL and make it a whole pants knife? The 73-function multi-tool is definitely a Swiss Army Knife ready for nearly any task you need a hand with...

Got a little bone to pick? These miniature pocket knives are perfect for cutting wee bits of meat off wee tiny steaks. Or maybe, like, fork and knifin' it with a pile of buffalo wings...