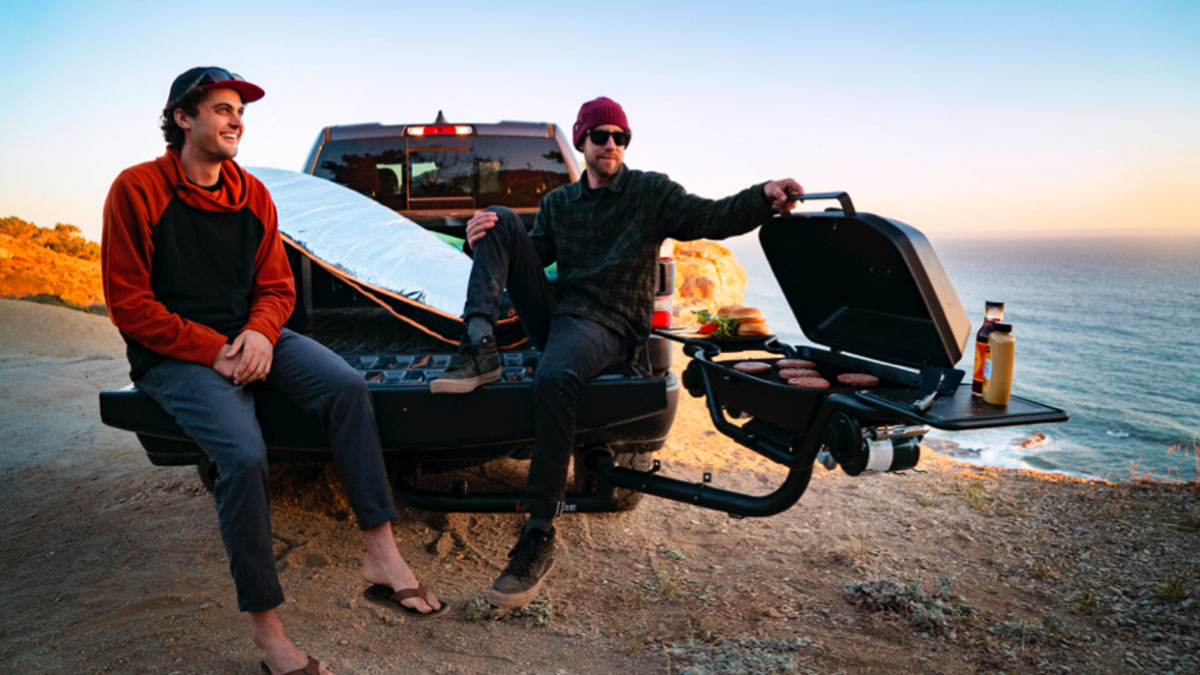 "Adventure grilling." I'm sure that was a term before HitchFire applied it to their Forge 15 Grill. But rather than a slick hitch-mounted BBQ that rides in the way, way back of your truck or SUV for easy and space-saving access on your camping trips and tailgates, it was probably a euphemism for like, being the official rodent catcher and pit master for your apocalypse team. Or having a spontaneous cookout after a successful roadkill hunt.

I think I like HitchFire's application of the term better: grilling as part of the adventure, not the adventure in and of itself.

The Forge 15 Grill has 2 burners fueled by a 16-ounce propane canister. HitchFire says its 18" x 22" cooking surface is large enough to serve 8 to 10 people, but I have to wonder if they're not using tent sleeping space language to come up with that number, in which case it will more likely serve half that number. Or 2. The number I believe any tent, no matter its size, is actually capable of sleeping.

Once hitched, the Forge 15 Grill's articulating arms secure it close to your truck so it's ready to roll stored on the outside of your vehicle, right along with all your rooftop gear and your dog's gleeful face. You can grill with the Forge 15 still mounted, and positioned on the arm where it suits you, or detach it from your hitch and use it on a tabletop.

Blaze a trail of flame-grilled burgers with GRILLBLAZER's GrillGun, a torch and lighter for charcoal grills, chimney starters, backyard fireplaces, and even campfires. The GrillGun is portable and, according to GRILLBLAZER...

The Pit Barrel Cooker is like a smoker mashed with a Crock Pot mashed with a 55-gallon barrel of lube. Minus the lube. The self-described "vertical cooking experience" says it will heat and flavor perfect hunks of meat...