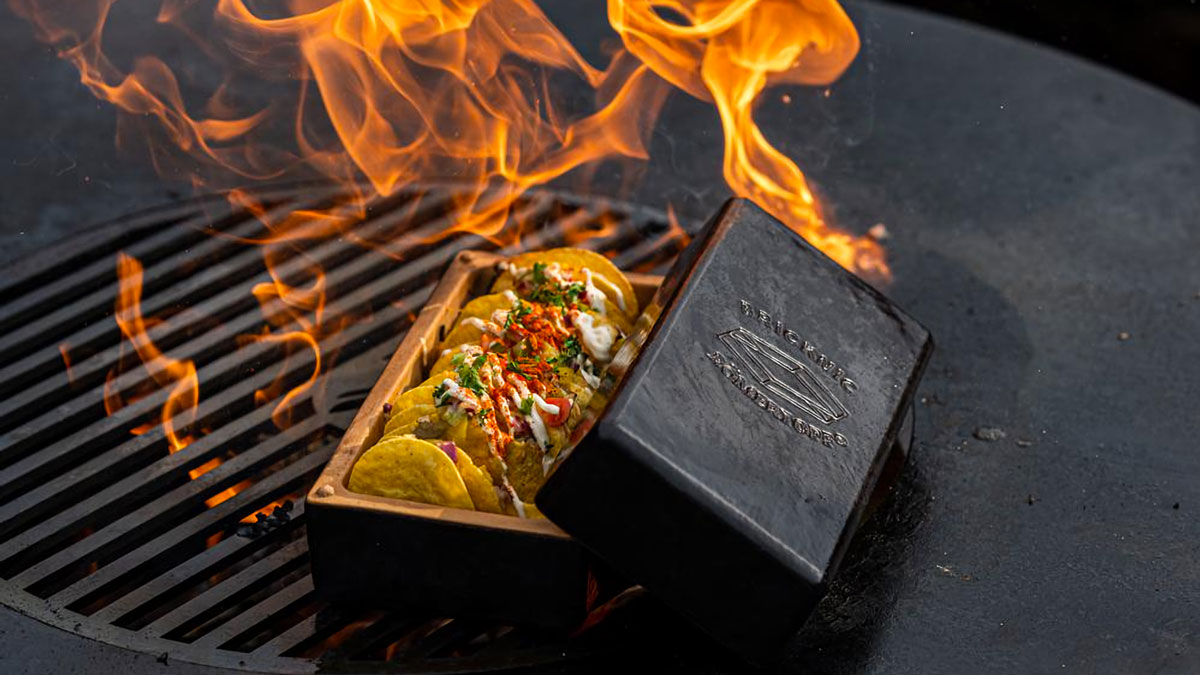 Bricknic modular cooking bricks have many qualities I would endorse, but the coolest thing about these clay culinary tools is that you can fill them up, stack them up, and fire them up to build your own brick oven. Whose individual bricks are filled with your food!

That's right, filled with and your food. Those key descriptors shouldn't be lost on you. Bricknics aren't about radiating heat outward onto a cornucopia of delectable eats you must then share family-style with others. Each brick houses its own meat, fish, veg - even, bread, cake, or pie! - which heat radiates inward to cook tagine-style. And when the magical process is complete, the contents to me look to be perfectly portioned for one.

Which is another reason Bricknic's modularity is so great - you get your own brick, but the dude next to you gets his own brick, and the lady on the other side gets her own brick too.

Further, Bricknic contents will cook faster, more evenly, and with more versatility than they would by other grilling, and especially open-fire methods. Bricknic creator Romertopf says you can bake, boil, steam, grill, and fry in a Bricknic, with dishes ready in under 30 minutes. Plus, in addition to around the campfire and on the BBQ, you can also stick the Bricknic in the oven.

Bricknic bricks are made of natural clay, which Romertopf notes is sustainable as well as healthy, with the of-the-earth material locking in food's nutrients and vitamins, along with its flavor, during cooking. Romertopf is a German brand, and one of the country's oldest claypot producers. All Bricknics are made in Germany.

Feast your eyes on Blenheim Forge's Limited Edition BBQ Set, and then if you're lucky, feast your belly on the fruits meats of its labor...

Welcome to BBQ Planet. Brought to you by Bricknic, and in a very literal...no, that's the wrong word...a very tangible sense. Bricknic debuted last year with a line of very cool modular campfire and BBQ cooking bricks...

Sizzling hot in the kitchen should refer to your steaks and stir-fries, not your skin, Chef. This handmade Chef's Burn Balm from Touch of Herbs is a "masterfully formulated" blend made for chefs who grab a hot handle...