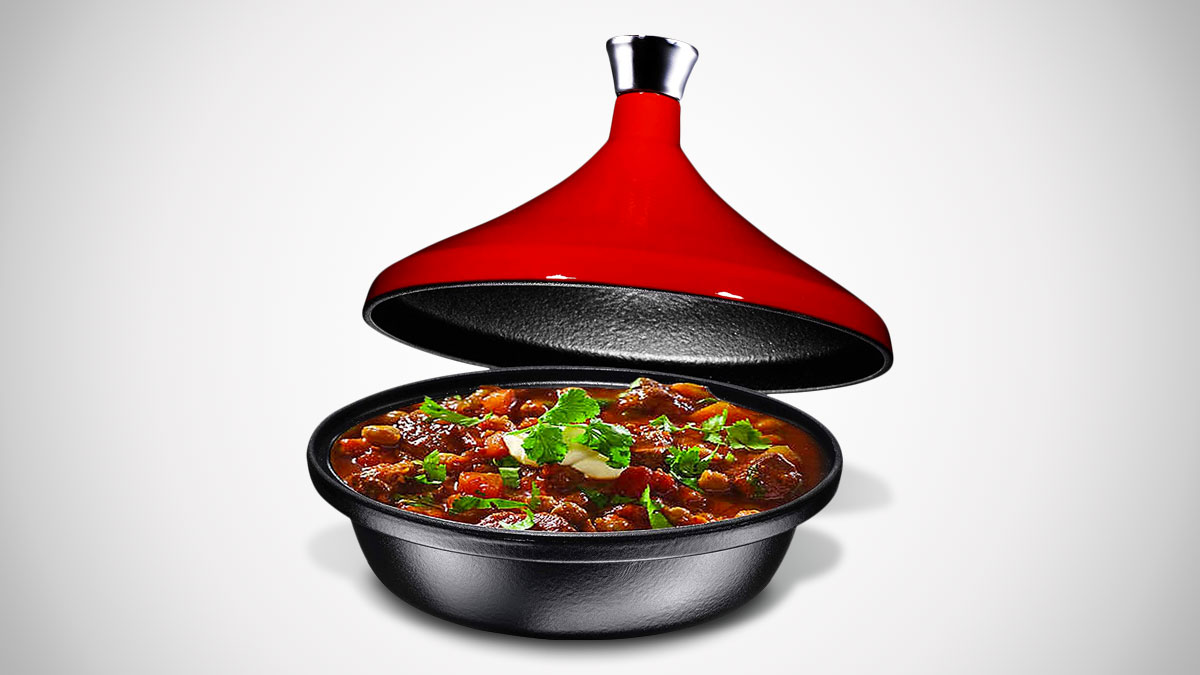 I could also totally cook up some delicious Moroccan recipes if I had a proper tagine, like this cast iron one from Bruntmor, because my understanding is the art of tagine cooking consists of nothing more than throwing a pile of meat and vegetables into the domed one and sticking it in an oven. An oven heated to up to 500 degrees F, if you go with Bruntmor's 4-quart tagine.

You can also use the self-described "magical cast iron pot" on the stovetop.

The conical lid of the tagine both traps steam inside the vessel and facilitates its circulation, so condensation drops onto your food and keeps it from drying out. The cookware itself is also pretty fetching, and Bruntmor's Cast Iron Tagines come in 6 poppy colors.

Who wants to do a little slow cooking in my Turkish Terracotta Testi Pot? Maybe a nice cream of mushroom soup from the Natural Harvest: A Collection of Semen-Based Recipes cookbook? Teehee. Teeheehee...

Nothing says, I love you to the fiercest farters in your life like a Deluxe Dutch Oven Kit. Hahaha, you might think, this is such a clever gag gift! Everyone's gonna have a good laugh at The Dude when he opens it, and...

When LoafNest sent me one of their cast iron dutch ovens to test out its bread making skills (and the claim that it's the world's easiest artisan bread kit) I assumed my wife would be doing the baking. Not because she's...

Open wide, and get ready for a big bite of...cast iron. Or maybe it's aluminum on the menu for you tonight, pizza pan and skillet gripper. Made by Chef Pomodoro, the Pizza Pan Gripper is a wrench-style tool made to help...