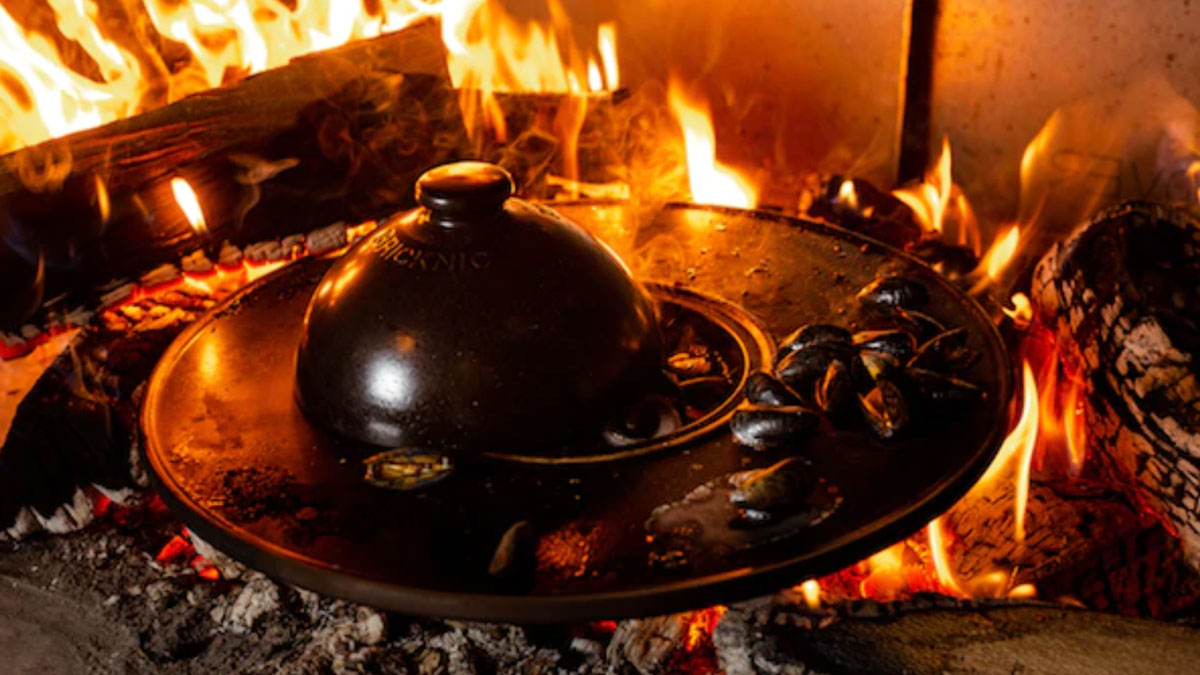 Welcome to BBQ Planet. Brought to you by Bricknic, and in a very literal...no, that's the wrong word...a very tangible sense. Bricknic debuted last year with a line of very cool modular campfire and BBQ cooking bricks, clay containers that cook food similar to a tagine over open flame, on the grill, or in the oven. Now they're expanding their fiery universe with the BBQ Planet. Made of glazed ceramic, this piece of cookware consists of an interior cooking bowl for steaming or boiling, and a large encircling flat surface for grilling.

The look is cosmic and the function, Bricknic hopes, is out of this world.

Like its Bricknic predecessor, the BBQ Planet is made in Germany from natural clay, and has a heat resistance of over 1830 degrees F. The center bowl has a 1L liquid volume, and the diameter of the Planet is around 17". Who needs a Father's Day gift for Dad?

My Hibachi BBQ 3-in-1 Sit Around Grill

Now here's a way to win your dinner party or first date. My Hibachi BBQ's 3-in-1 Sit Around propane gas grill is an investment to be sure, but think of all the use you'll get out of it, showing off to friends and family...

Feast your eyes on Blenheim Forge's Limited Edition BBQ Set, and then if you're lucky, feast your belly on the fruits meats of its labor...

Sizzling hot in the kitchen should refer to your steaks and stir-fries, not your skin, Chef. This handmade Chef's Burn Balm from Touch of Herbs is a "masterfully formulated" blend made for chefs who grab a hot handle...