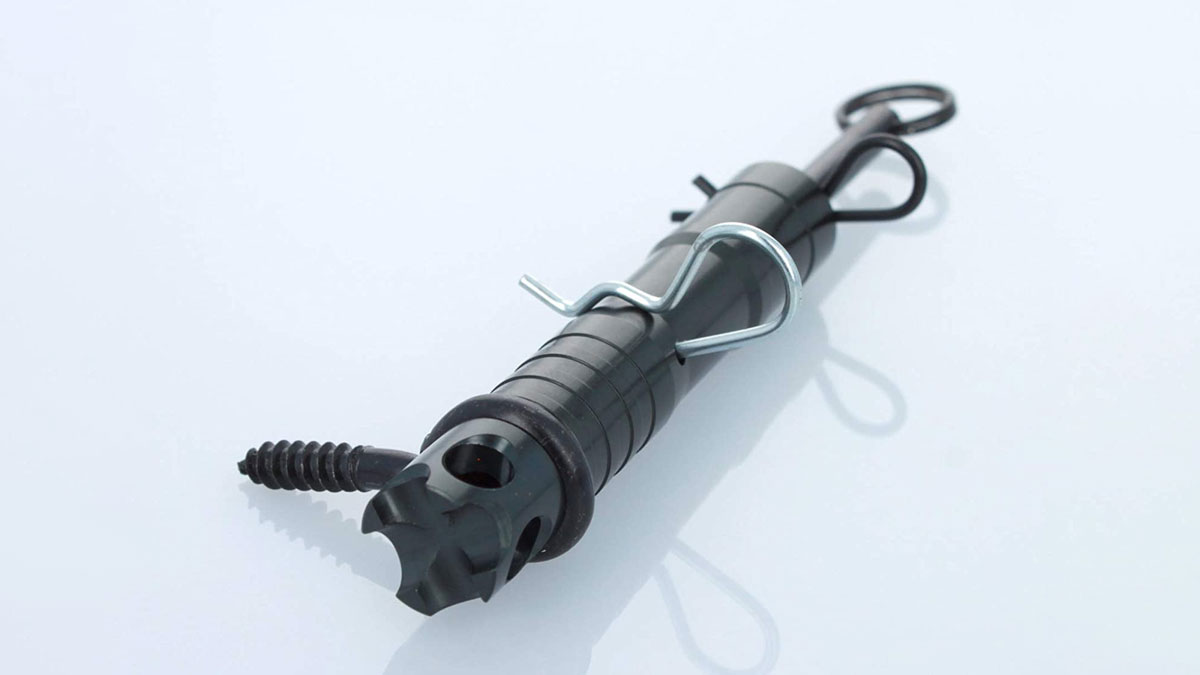 Made by FITH OPS, the reusable Alarm Signaling device is intended to give you the heads up when trespassers cross your property perimeter, and trespassers the heads up that they best be moving along lest that sound turns into more than an effect.

In addition to home security, buyers report using the trip line system to scare away bears and other critters, both in their yard and on camping trips.

Phoenix Home Shield supports your quest to protect yourself from home intruders, carjackers, and grizzly bears. A pepper gel rather than a pepper spray, Phoenix Home Shield is designed to send a long-range stream of stay-the-F-away...

They could have called the Space Safe the Safe Space, and it would have been more accurate since, aside from the brand's astronaut logo, this high-tech smart safe has nothing to do with outer space. It does, however...

And, ladies, since the pink one looks like some kind of pleasure toy, an attacker will never see this flashlight's 6,000,000 volts of Go F with someone else coming. Guard Dog Security's Inferno stun gun lights the way...

Yes, we've entered the age of the Lock Locker. A time when your door locks need their own lock. And just as the Add-A-Lock locks up your knob lock, the Lock Locker puts another layer of lockdown on your deadbolt. The...

A 3" x 1" alarm that attaches to any door or window, and fires a powerful siren if anyone enters. It's the perfect companion for travelers, people with nosy mothers and girlfriends, and the inexplicably paranoid. In addition...

It's too late for me to get the Lighthouse AI home security camera to protect myself from the trick-or-treaters, but if I order now, I'll have just enough time to have it installed and running before my in-laws show up...