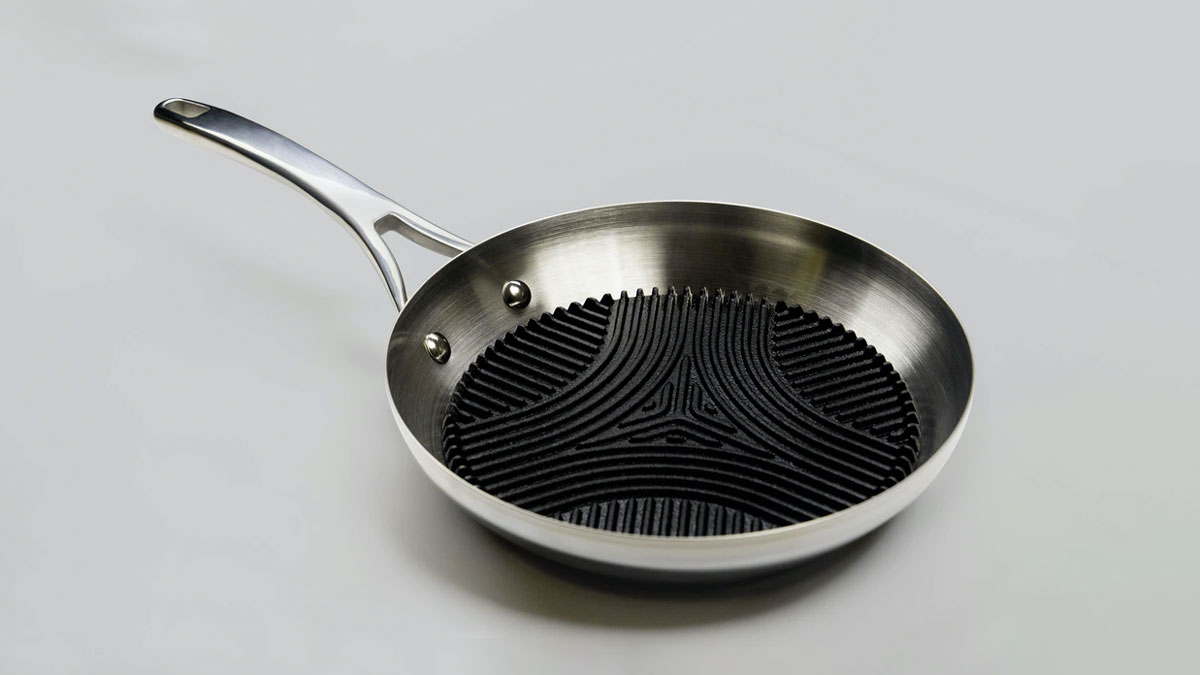 Flagship Light is a cast iron plate that fits inside any 10" to 12" skillet you already own. According to Flagship designers, it turns the skillet into a legit cast iron grilling surface you can use to replicate the dry heat of an outdoor grill, and create dishes with more flavor and less fat inside your kitchen. Sounds kinda like an air fryer for steaks and pork chops.

It also sounds like a beer. Flagship Light? How does that correlate to grilling or cast iron or skillets? All I think of when I hear "Flagship Light" is 4.2% ABV. I think I would have gone with, oh, let's say, "The Grill-It Skillet."

According to Flagship Light, "Dry heat is what distinguishes an outdoor grill from a skillet, where the food is either stewed or stir-fried in oil." And while my sense is that true grill masters would claim it's a bit more than that, with the Flagship Light cast iron insert you can imitate at least the dry heat element of grilling, and lose some of the fat you'd have to add to the pan, and the grease from the items you're cooking.

Flagship Light works with any heat source, and in addition to nestling inside your kitchen skillets, it performs well outdoors over a campfire, camping stove, charcoals, and park-style BBQs. You can learn more about the Flagship Light, and pledge of a cast iron grill converter of your own, on Kickstarter through September 2, 2021.

Know when else you can eat pizza in the morning, pizza in the evening, pizza at supper time? When pizza's on an IRONATE dish of intense heat conduction that needs just 3 minutes to cook it into a disc of pure crispy-chewy-cheesy-crust...

Is a bowl-shaped baking dish designed explicitly to mold bacon into baskets for transporting eggs and BBQ pulled pork to my mouth necessary? I don't know, are pants necessary? Necessity may be one, but she is not the...

For non-stick stovetop cooking, Happycall's Diamond Frying Pans might be the best thing that ever happened to me and my eggs. In fact, up, over-easy, scrambled, any way you take them, the term non-stick doesn't even come...

I understand the benefit of using a Triple Divided Skillet in theory, and maybe even under certain circumstances, such as preventing eggplant from touching anything I might consider eating. But definitely not in the way...