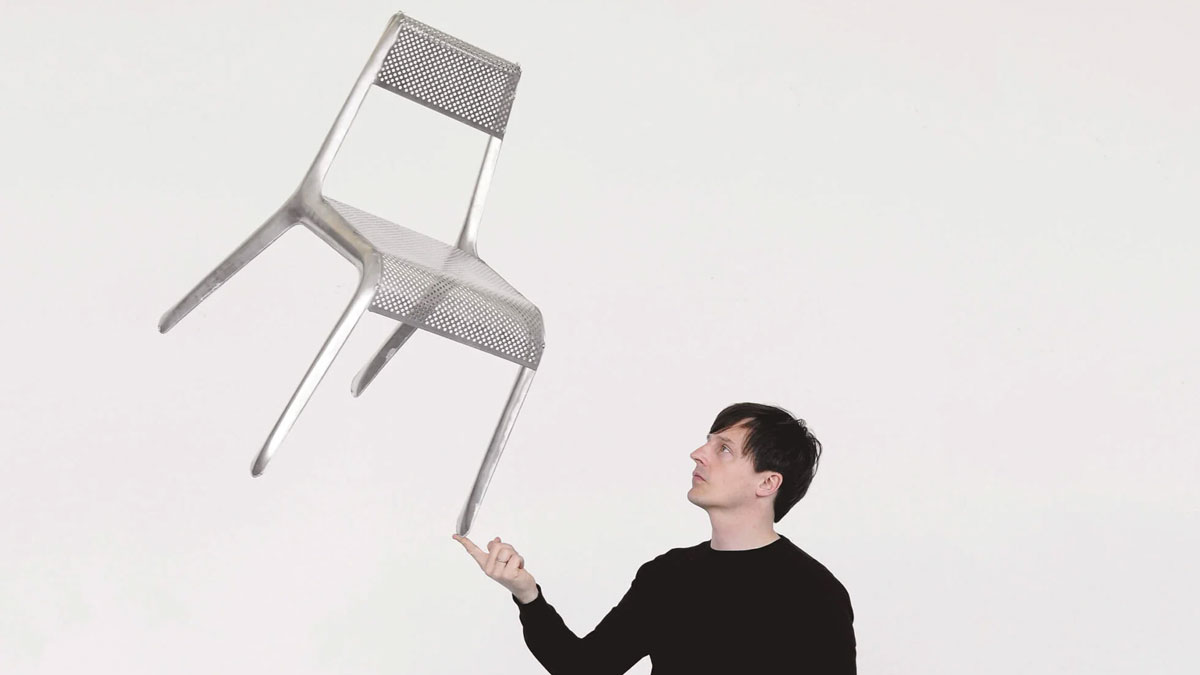 Like any similar claim, I think ULTRALEGGERA should add a qualification to their assertion: The World's Lightest Chair...So Far. At just under 3.7 pounds (1660 grams), the ULTRALEGGERA is the aerogel of seating, but instead of 99.8% air and 0.2% silica gel, it is made entirely of aluminum. It was created by Polish designer Oskar Zieta, who took inspiration - and a challenge - from Italian designer Gio Ponti's 1957 Superleggera chair. That four-legged featherweight weighed in at 3.75 pounds (1700 grams).

In addition to his material choice, Zieta eliminates weight from the ULTRALEGGERA chair, and sheds that last 40 grams to beat Ponti's record, with a laser-cut, porous seat and backrest.

The World's Lightest Chair (...So Far) won a 2021 Red Dot Award for product design. No word on when and where (or if) Zieta will sell the ULTRALEGGERA, but his standard LEGGERA is available here for around $745. It, in case you're wondering, weighs in at a borderline obese 9.7 pounds.

The Pipersong Meditation Desk Chair is for stick-still zen yogis and ants-in-their pants fidgety sitters alike. The goal of the WFH and office solution is to "activate your sit." That is, give you an opportunity to move...

I hope you're ready to have a seat, because these 15 stunning sculptural chair designs are going to knock you off your feet...

How did Lull World create a zero gravity hammock chair that's portable, ergonomic, and transformable to suit everything from a day working in the office to a day lounging in the park? They just threw together a 'lul'...

If you think the Malicious Bar Stool is, er, malicious, check out what designer Merve Kahraman based her design on: ancient times' "Chair of Nails Torture," seating dotted with impalement-ready spikes, and used by inquisitors...