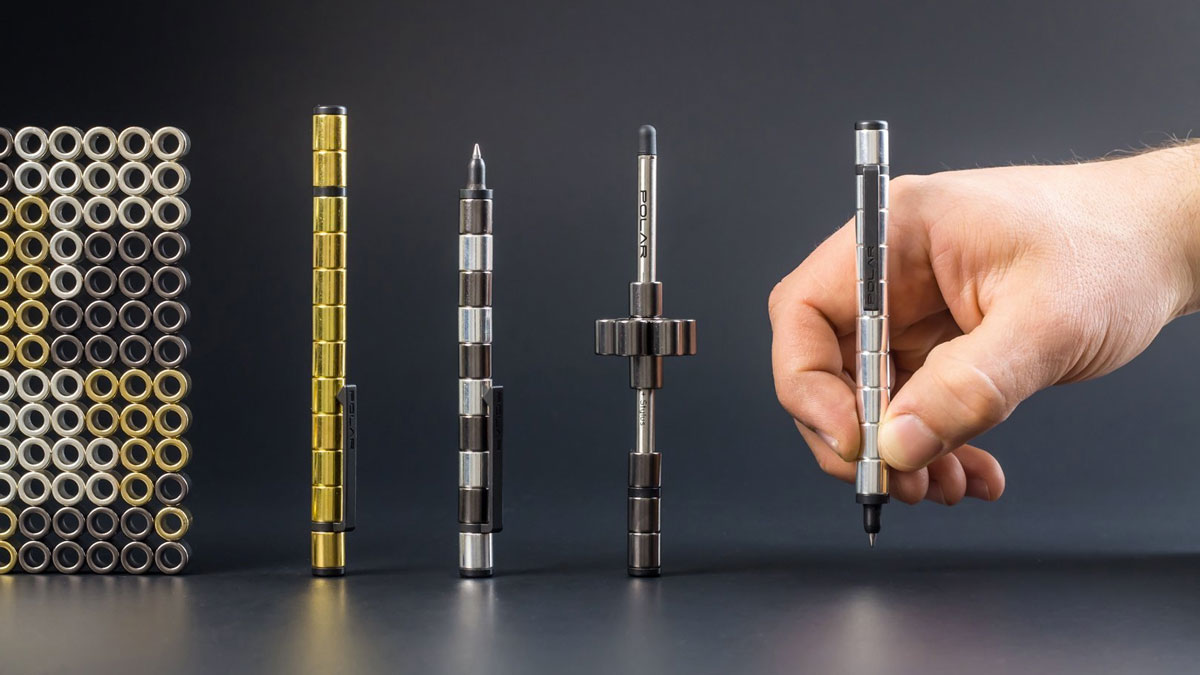 POLAR debuted 2-1/2 years ago as a pen that can do your writing when it's time to TCB and then serve as an accomplice to your goofing off when it's time to TCB, but you really don't feel like it. The modular pen consists of an ink refill skeleton covered in 14 rare earth neodymium magnets of body armor. And next month, POLAR is going to release a new, upgraded version of the stack-and-clack writer, the POLAR Pen 2.0.

POLAR's 2.0 will maintain the general aesthetic of the original pen, but introduce complete redesigns and redevelopment of its components the company hopes elevate its feel and performance. These include:

Unchanged in the POLAR Pen 2.0 is your freedom to deconstruct and reconstruct it as a ton of different tools and toys, such as a drawing compass, finder of magnetic north, and sweet doohickey to dink around with during meetings or at jury duty. Check out the videos above for some examples of the POLAR's lures for tinkerers.

Need a concrete answer? Want to give someone a hard No? Write your requests and responses with a Module concrete pen or pencil from 22STUDIO. The writing tools come in 3 Module styles, Rollerball Pen, Fountain Pen, and...

There is nothing better than knowing you're writing down your daily to do list (probably the same damn stuff you wrote down the day before, and before that) with a superior writing instrument. And that's exactly what...

Et tu, Sharpie? With this Julius Caesar pen and pencil holder you'll be able to stab your buddy Caesar in the back day after day. With up to 14 implements!...