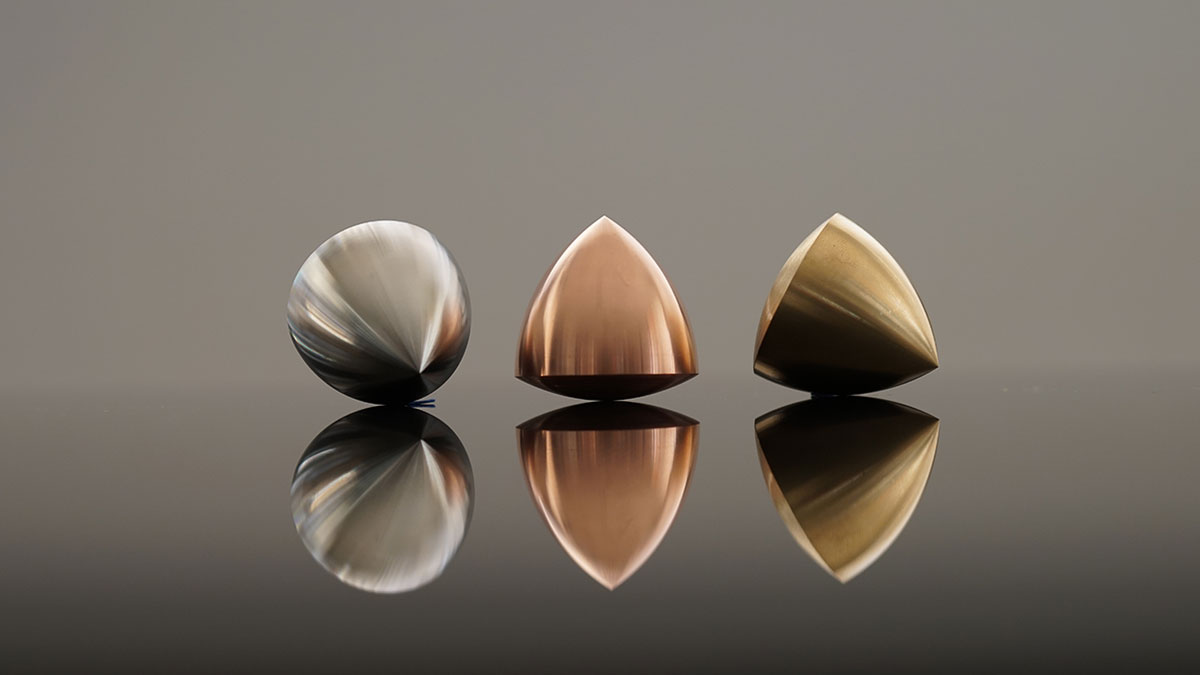 Orbiform follows the OLOID in what might be the next evolution of fidget and desktop toys: mathematical sculptures. Both the Orbiform and the OLOID are built according to real, albeit little discussed, geometric shapes with unique physical and mathematical properties. The OLOID has a curvy(ish) appearance, with creases that would seemingly make it move all unpredictable and catawampus, but in fact, its motion is smooth and gentle, and when it rolls, it rolls in a perfectly straight line.

The Orbiform, just as "unintuitive," according to designers AltDynamic, in its geometric shape, is more triangular. And puffy. It looks kinda like a Hershey's Kiss that got stung by a bee when it was allergic. Orbiforms were discovered by Leohard Euler in 1771, and exist in both 2D versions, and the 3D model AltDynamic is crowdfunding on Kickstarter.

The 3D Orbiform is fun for geeks to geek out on because its closed curves measure a constant width. A 2D Orbiform "can be rotated between two parallel, fixed distance lines and remain tangent to both lines at every orientation just like a circle of the same width," and you can use the Pi*D equation to determine an Orbiform's perimeter length, just like you can a circle's. The 3D model is the 2D's analog. You can put it inside a cube in any orientation and it will tangentially touch all 6 faces of the cube at the same time, just like a sphere of the same width would do.

You can read more about the Orbiform's mathematical roots and perfection, plus pledge for one, or a trio of the machined desktop toys if you need a couple gifts for geeks, in stainless steel, copper, or brass through April 8, 2018. Click here to head over to the Orbiform Kickstarter campaign.

It's no Bird's Nest Bed, but I would 100% take a Kodama Zome over a Lotus Belle Tent on account of the fact that it is 100 times less likely to make someone say my least favorite word of the decade: "glamping." Th