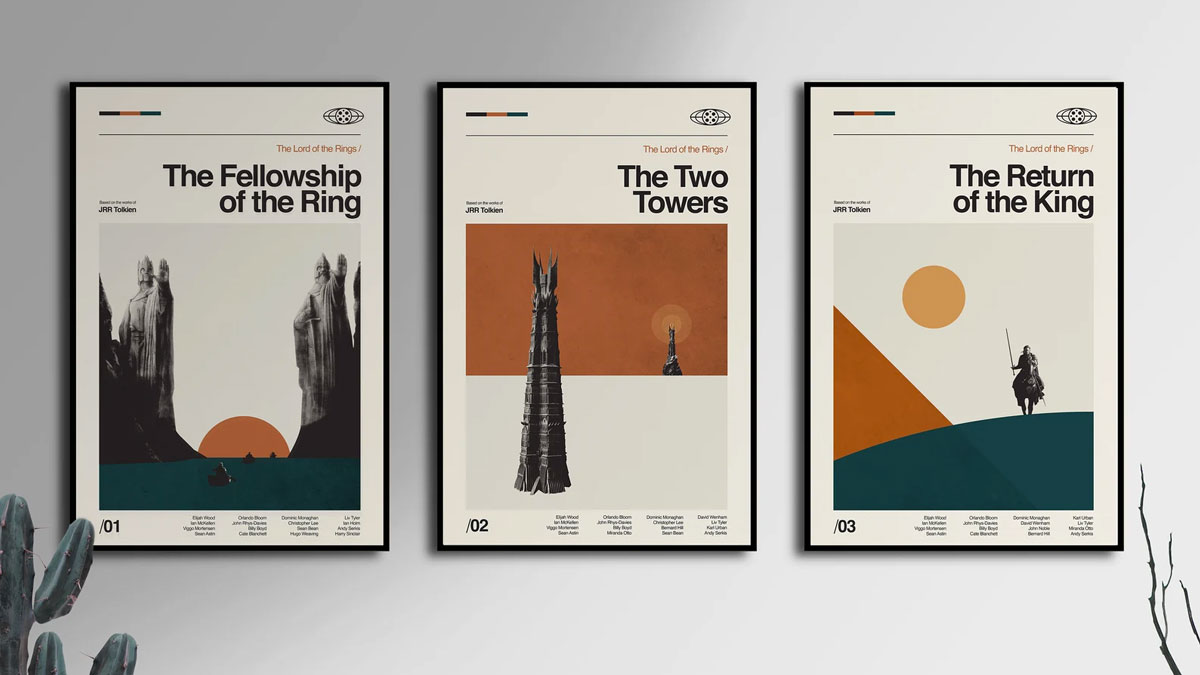 Sandgrain Studio's artistic interpretations of prized scenes and images from beloved movies and TV shows has brought us an extensive collection of posters that are modern, minimalist, and subtle. They're kind of in contrast to the films and series they represent, which are largely anything but.

One thing the posters and their big screen / little screen references do have in common: they're all exceptional works of art.

Sandgrain Studio prints minimalist movie and TV show posters on artisan thick matte paper with high color and contrast. Flicks range from those in the Lord of the Rings, Star Wars, and Marvel franchises, to classics such as Pulp Fiction, Fight Club, Top Gun, The Godfather, and, holder of mine own heart, The Big Lebowski.

TV fans can choose from greats including Seinfeld, Friends, The Office, It's Always Sunny in Philadelphia, Parks and Recreation, and Breaking Bad.

Game of Thrones is there too, but I'm loath to mention it, even in minimalist poster form, because I'm still mad about Season 8.

Holiday stress and depression. Recession gloom. Anger of your favorite movies and TV shows vanishing from HBO Max. Methinks 2023 is gonna be the Year of the Pep Talk. Oh, hey, here's a Pep Talk Generator Poster to help...