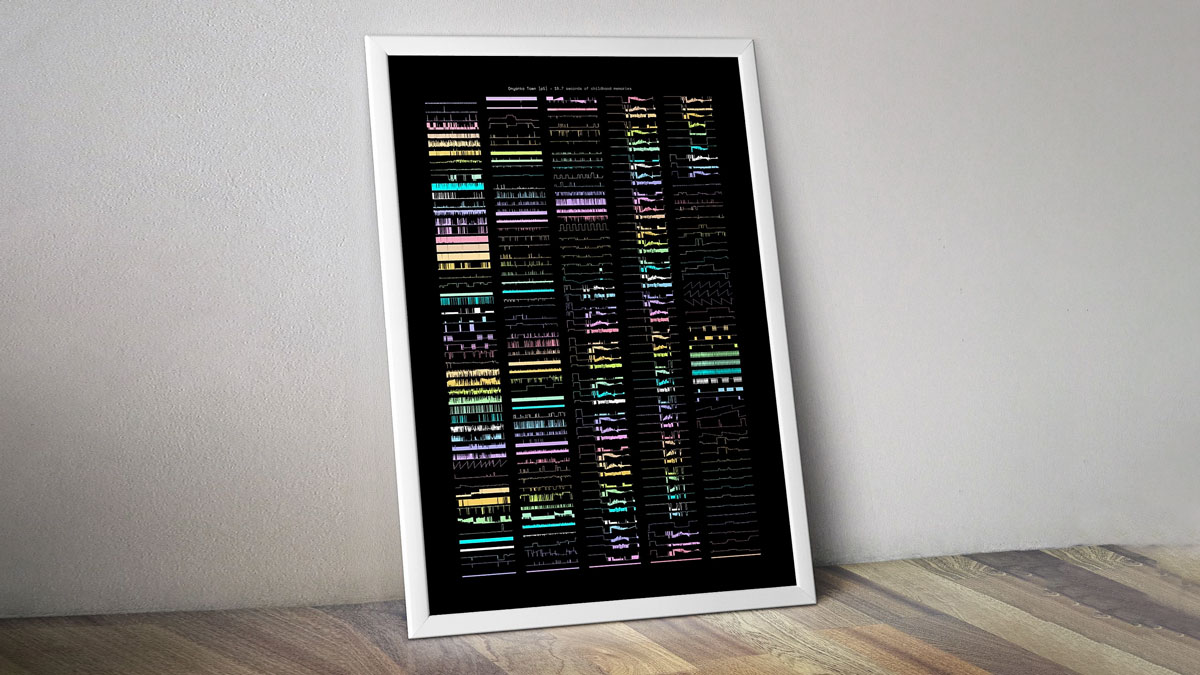 When you play NES you see graphics - rudimentary, 8-bit graphics, sure, but compared to what the gaming console "sees"? What appears on screen looks pretty amazing. Artist and software developer Michael Vogt thinks so, anyway, and his Concealed Art series is his way of paying tribute not just to the retro gaming consoles and arcade machines he played as a kid, but their inner workings, the data driving the sensory adventures they create.

NES Concealed Art covers about a dozen different game titles, including Blades of Steel, Zombie Nation, Star Wars, and Castlevania. The posters visualize 5 seconds of their respective game's RAM data, recorded 180 seconds after the console was turned on.

Pinball machine Concealed Art prints are depicted as either RAM data or as around 2,000 unique DMD video memory dumps. Vogt notes, "The video frames on the art print are not visible on a real machine but are combined together to get the 4 brightness levels on a physical Dot Matrix Display." Pinball prints include Indiana Jones The Pinball Adventure, Creature from the Black Lagoon, Star Trek: The Next Generation, and Hot Shot Basketball.