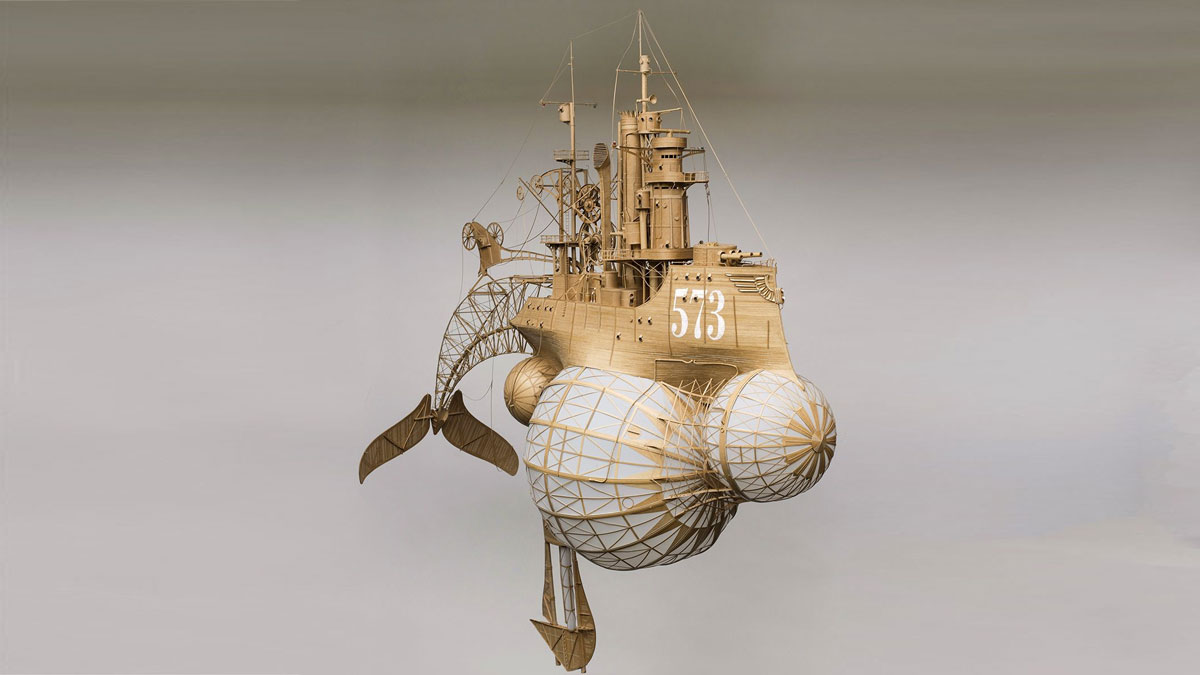 Cardboard airships. Now there's an idea for how to recycle all those boxes I get from Amazon. I'll have to fly Jeroen van Kesteren over from the Netherlands to build them for me though since I'm pretty sure the only piece of art I could cut and shape out of a cardboard box is...a smaller cardboard box.

van Kesteren manages to create these 16" to 20" airships with striking detail and an overall effect that is truly fantastic (and fantastical) out of mere cardboard and paper. Pieces incorporate elements of dieselpunk and steampunk victorian flying machines, with each taking him about a month to build. Finished ships joining the ranks of his "Orphanage for Lost Adventures" on Pinterest.

Biodegradable and 100% natural, the CasusGrill leaves no trace when you dispose of it. Which is more than I can say for the oysters my friend Cornelius grilled at his anti-Taco-Tuesday BBQ last night. I disposed of at...

Made in New Zealand from 100% recyclable cardboard, Refold's Red Dot Award-winning portable desk unfolds from a lightweight portfolio case into either a sitting or standing work station. Is it strong enough to hold your...

Just when I thought multi-tools had begun their demise from popular interest (along with mustaches, bacon, and zombies), Kiwi Anthony Cole comes up with the Business Knife. I wonder if constantly getting compared to and...

Bookniture - Furniture in a Book

You don't need to know how to read to dig in to this book. Open the pages of Bookniture, and where you might normally find a Tolkien story you'll instead encounter an entire stool or side table Gandalf-ed into existence...

After wrecking one too many real cars and getting banned from the road, Toonces the Driving Cat went into the make-believe business and developed this line of cat houses for Suck UK. Sure, "piloting" a cardboard airplane...