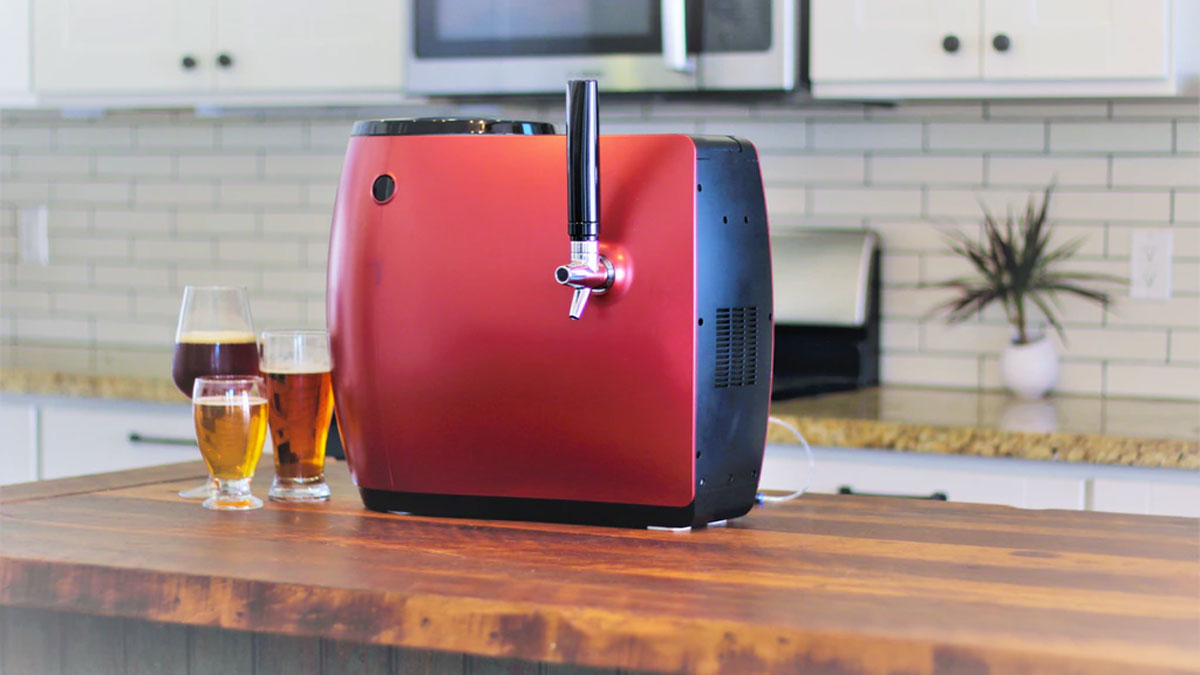 HOPii on one foot and do a little jig, beer lovers. This little micro-brewery is coming to ferment your favorite craft beers right from your kitchen countertop. HOPii is your personal brewmaster. Really, the machine is the master. You don't need any knowledge of brewing or science or distinguishing between yeast and hops to make some of the same lagers, ales, and IPAs you get from craft breweries. HOPii operation requires 2 steps: 1) dump in ingredients; 2) press start.

HOPii has partnered with breweries to develop kits they say precisely replicate the breweries' beer recipes. And by brewing at home, rather than buying it bottled or getting it on draft on that bar, you'll be able to experience the freshness and flavor of your beers as if they came straight from the brewers' tank.

HOPii uses a controlled, oxygen-free, light-free fermentation system that can produce ready-to-cheers beer in less than 7 days (for traditional American ales). You can drink the finished product directly from the HOPii, or bottle and store it to start another batch. In addition to one-touch operation, HOPii also has a one-touch automatic sanitizing system, so you shouldn't have to take it apart for cleaning in between batches.

HOPii beer kits will include all necessary ingredients: a 3L bottle of wort; a package of dry hops and other flavors; yeast; and sanitizer. Seasoned brewers can also add custom ingredients to HOPii to create their own special brews.

The HOPii micro-brewery runs its Kickstarter campaign through November 1, 2017.