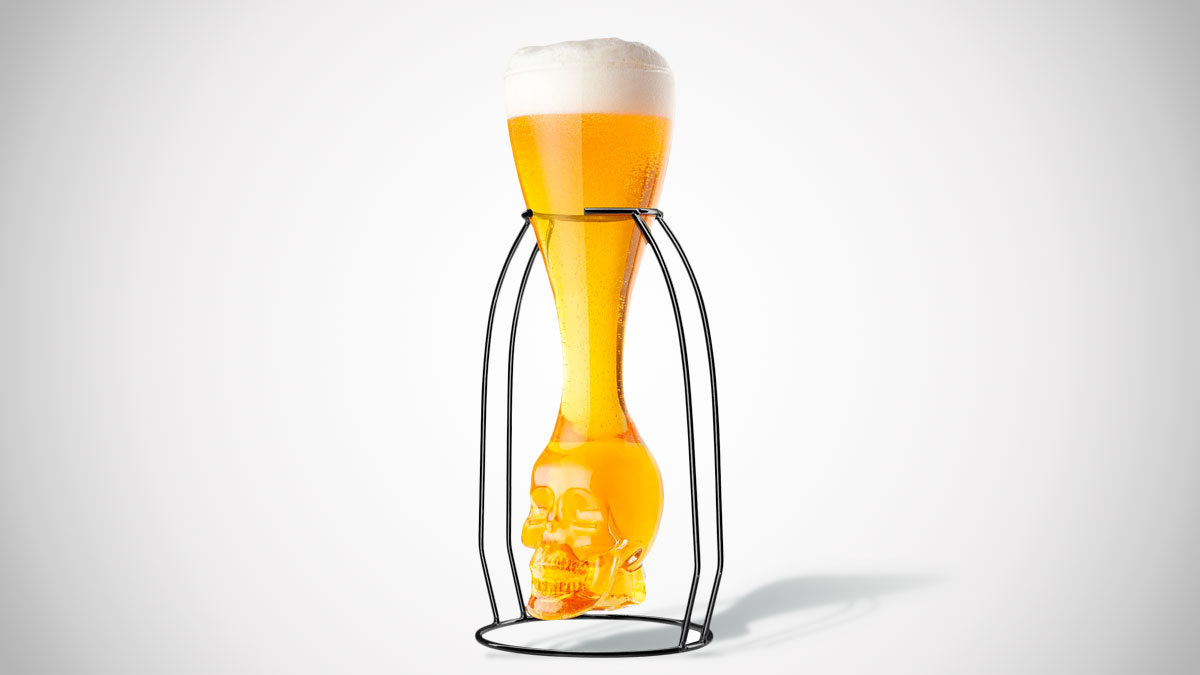 Who wants to skull a beer? The Brainfreeze Skull Beer Glass & Stand holds up to 12 ounces of your favorite brew, cocktail, sodie, or juice, pooling about half of the drink in a skull-shaped "boot" molded out of the bottom of the glass. According to maker Final Touch, the skull head provides "added visual stimulation" while you're drinking, which means real good times at the party, at least until you get drunk and paranoid the skull whose head you're drinking from is going to do the same to you.

The Skull Beer Glass also comes with a stand made of black chrome metal to help it sit stable on the table, and perhaps cage it in when it decides it's ready to eat some brains.

Who's up for some double-fisted, 25-ounce preacher curls? Don't scoff, these beer glasses aren't dumb. They're dumbbell, and they're ready pump you up with a steady flow of frothy goodness...

I like football and all, but with the wacked-out year we had, the 2020 NFL season has pretty much gone by without my notice. I didn't even know the Super Bowl was happening in 2021, much less that it's coming right up...

According to creator Dan Cram, the Kramstein was created out of necessity. Because, "Sipping on bottles is for babies." And, "Drinking mead from a wine glass will get you a one-way ticket to Helheim." And the steins available...

Game of Thrones-inspired AleHorns give you at least one of the tools you'll need to drink like the head of a House of Westeros. Grab one of their 100% ethically-sourced bovine horn tankards and raise a glass to the perfect...