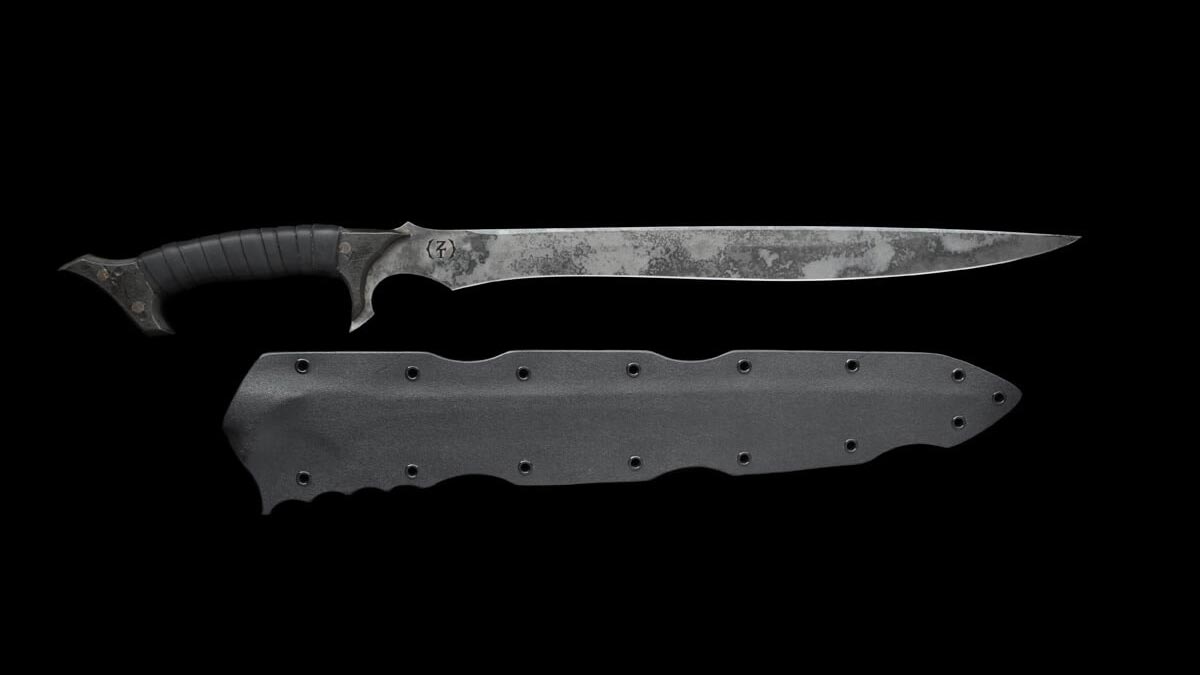 The dudes at Zombie Tools call their new Sharkalope knife "an unholy confusion of genetics." I love the dudes at Zombie Tools. I hate them too. Because not only are they way better at their job of forging apocalyptic weapons of combat than I could ever be, they're also way better at my job of...words...than I am too. Hopefully they have bad breath and excessive back hair to even the scales.

The Sharkalope brings together a few different knife design elements ZT admires in Filipino martial arts weapons, such as:

Zombie Tools notes the Sharkalope is currently their shop's own preferred test-cutter since it slices with little more than a wrist flick, and its lightness makes it easy to use for long periods of time without fatigue. I hope that means an inordinate number of PBR cans were harmed in its making. (If that didn't make sense to you, check out this video.)