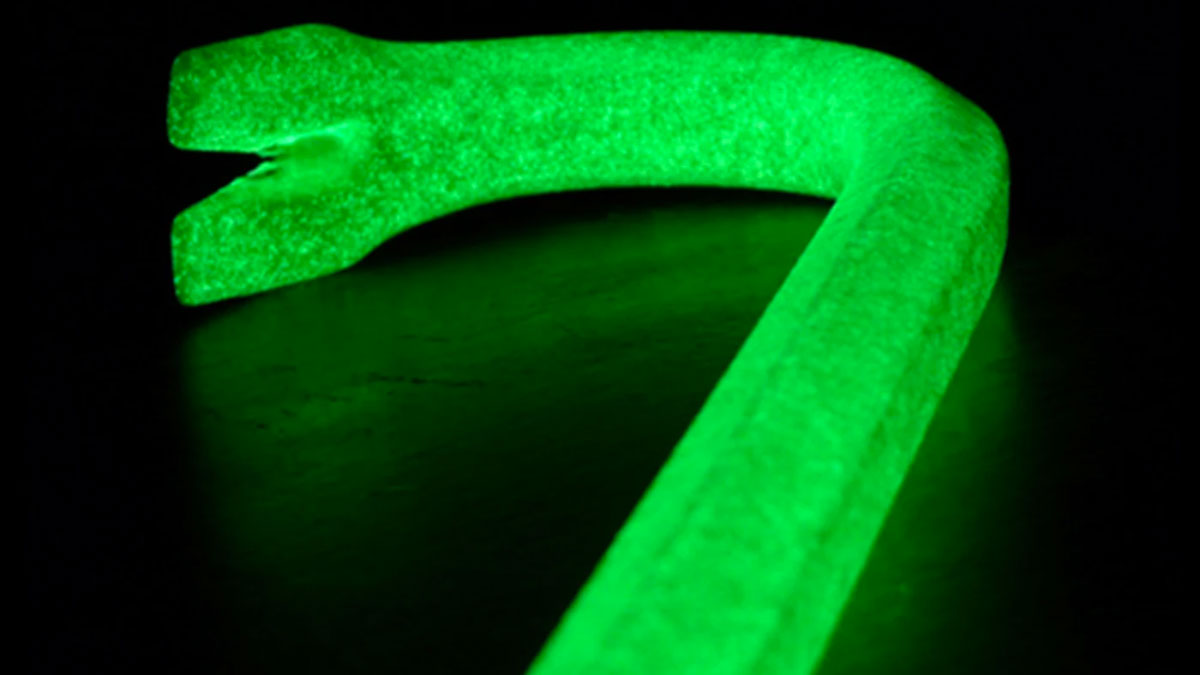 One thing that sucks about using a crowbar to beat someone up in a dark alley is the dark alley part. How are you supposed to tell if it's really connecting with the intended's face and other vital organs, or just delivering the equivalent of love taps to their fat padded ass while they groan and make "Stop, stop! Uncle!" sounds for show? A glow in the dark crowbar, that's how.

In the wake of Half Life video game weaponry, the crowbar has become "a symbol of resourcefulness and rugged individuality." If you're gonna bust shit up, you're gonna do it with panache, eh? And that means not spending 30 minutes digging through your shed or truck bed in search of an implement of destruction.