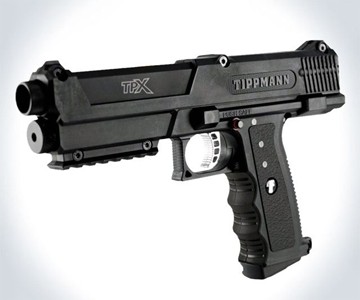 Tippmann calls their TiPX a "true military-style paintball pistol", which is cool, but also surprises me because I have always been under the impression that the military uses guns that fire real bullets. Compact, lightweight, and capable of shooting .68 caliber pellets in semi-automatic fashion, the TiPX counts itself a fine solo marker or tactical backup sidearm during battle. Reviewers seem to agree--at printing the pistol had a solid 5-star rating from all 17 of of its Amazon reviewers. Specific comments include: