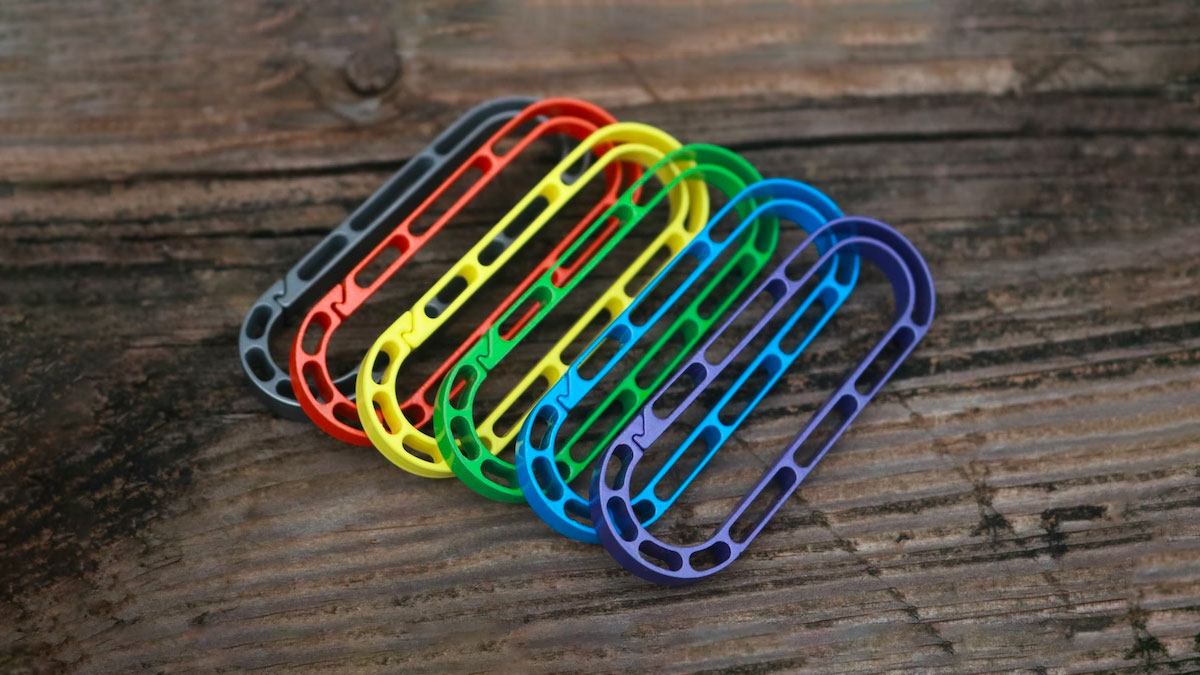 Design The Everything isn't messing around with The "Not For Climbing" Titanium Carabiner. Neither in their nifty spring-free, pin-free design that uses flexure to open, close, and bounce the carabiner back to its original form. Nor in their warning that the tool is meant to be a keychain, an ultra-lightweight piece of EDC, and not a climber's accessory. In fact, if you use the explicitly named and cautioned "Not For Climbing" Titanium Carabiner for climbing, Design The Everything notes, "You will die."

Hey, no problem for most of us dudes and ladies out here. We don't want no stinkin' carabiner for scaling rocks and cosplaying like we're mountain goats. We want one to clip our bulky keys to bags and belts. To secure our dog leashes to fences and tables at pet-friendly bars and coffee shops. To press open and closed, open and closed when we're feeling fidgety. We want The "Not For Climbing" Titanium Carabiner to use exactly as it was intended: not climbing, and not dying.

Being a solid piece of titanium and nada else, The "Not For Climbing" Titanium Carabiner will not rust or corrode, and won't scratch easily. Also, its flexure mechanism is designed never to wear out.

Design The Everything is running a Kickstarter campaign for The "Not For Climbing" Titanium Carabiner through October 7, 2022. Backers can choose from stonewashed silver or powder-coated colored carabiners.

And for those of you who happen to be here in search of an actual gift for a rock climber, try this Pinch Hold Mug instead.