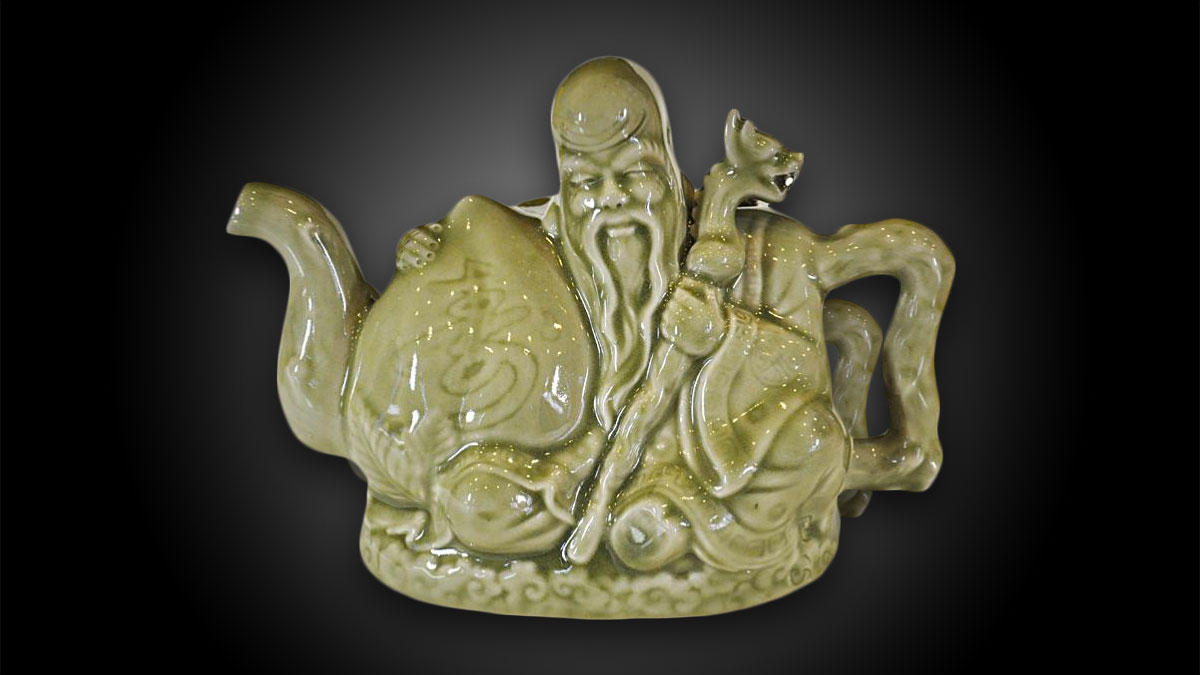 The Assassin's is a trick teapot! And not a very fun trick if you're on the receiving end. The Chinese creation contains 2 separate interior compartments, one of which was historically meant for tea, and the other of which you might fill with, oh, I don't know, say...poison! Muahahaha! Which liquid is released during a pour depends on which hole in the pot the pourer places his or her fingers over.

Obviously the appeal to an owner of the Assassin's Teapot would be to show his target that the tea was perfectly safe to drink by drinking some himself from the first compartment, and then dispensing the doctored brew from the second. Today I'd recommend using it to hold tea and milk together, or a coffee-tea tag team, rather than to kill someone.

You can tell everyone about its roots though. Along with the green glazed porcelain facade of wise old man with fangy bat can and pet rock, the Assassin's Teapot makes for an interesting conversation piece.

You Have Just Been Poisoned Pint Glass

I like my poison with coffee and cream. But, a pint of Guinness will do as well. And I think it's incredibly polite to notify me that I've been poisoned after, so I really appreciate the frankness the bottom of this pint...

55 Hi's has already given us birthday cards that double as origami shot glasses. Now the paper virtuosos have some ideas for friendly--and not so friendly--potions to fill them with. One side of the Pick Your Poison coaster...