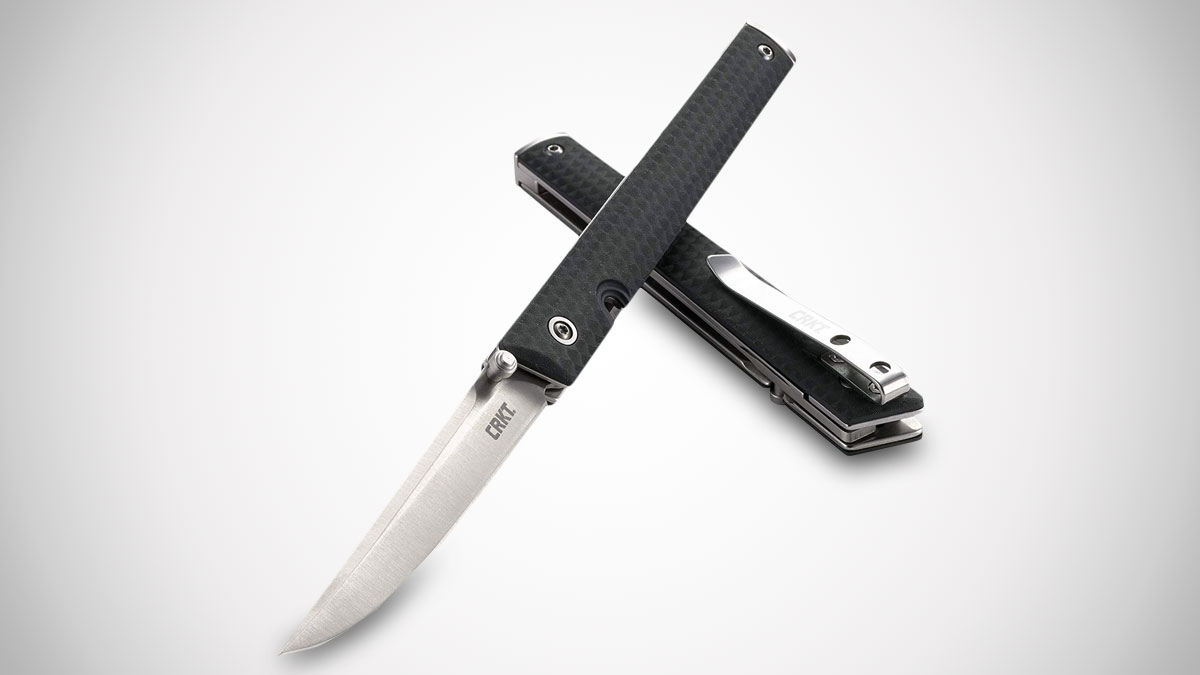 CRKT says their CEO folding knife "pairs best with an extra dark roast and a long to-do list." Ugh. Now you know I like me some good cheese when it comes to Dad jokes and wordplay. Usually, the stinkier the better, as evidenced by my wetting myself over the KFC Crocs bucket list line. But telling prospective buyers your formidable blade was created by Richard Rogers in "his shop in the scrubby hills of Magdalena, New Mexico" in one line, and then capping off the sell with references to hipster coffee and the rat race? Doesn't sound very Columbia River. Or Knife & Tool.

That said, if you like the CEO folder's aesthetics and makeup, it would be easy enough to just forget it's called the CEO. It's not like the word is engraved on a gold plate mounted to the knife's handle (though it is etched in small print, along with a nod to its Rogers design at the base of the blade.) In appearance, the CEO is intended to come off as and ultra low profile piece of EDC; slipped into a shirt pocket CRKT says it could be mistaken for a pen.

The knife has lubed ball bearings in the pivot for reduced friction, and a slimb thumb stud that sets IKBS in motion. Its plain-edge blade is 3.107" of satin-finished stainless steel, held in place with a locking liner embedded in a glass-reinforced nylon handle. Total length with the CEO open is 7.625"; folded it is 4.448". Total weight is 2.1 ounces.

I'm afraid I'm a little late to the blade show because, at printing, Sniper Bladeworks was already sold out of a few knives / styles in their Signature Reload series, and running very low on others. But you still have...

Nessie seems like one of the kinder deadly mythical beasts out there - at least in name, versus succubi, wendigos, and The Bogeyman - but Urban EDC Supply promises their Urban EDC Nessie Knife is "a beast among beasts."...

Add a modern Higonokami to your EDC with KATSU's bamboo style Japanese pocket knife. The folding blade is handmade in the layered Damascus way, and brings even more standout detailing in its handle's bamboo stalk shape...