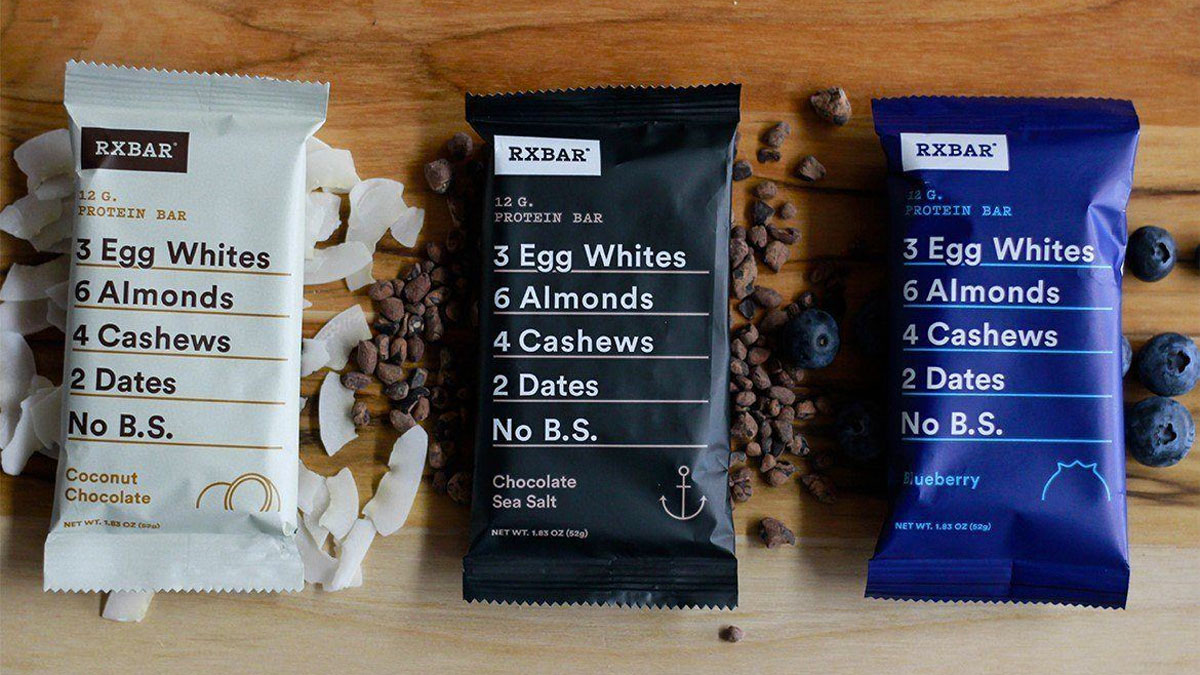 There are now as many kinds of protein bars in the grocery store as there are cereal, chips, and cookies. But unlike the second group, most of which I will eat by the trough, I find that the majority of protein bars Suck. Big. Doodie. And, full disclosure, it's possible that 11 out of the 12 RXBAR flavors belong in the Sucks Big Doodie Club too, because I've tried, and really need try, only one: the Chocolate Sea Salt.

Eating my first Chocolate Sea Salt RXBAR was like when Warren Beatty met Annette Bening. The player left the field. I didn't need to keep sampling the hundreds and hundreds of protein bars I'd been eating for a week here, a couple weeks there anymore. I'd found my protein bar soul mate. You think I'm exaggerating but, to steal an ingredient from RXBAR's recipe, this is no B.S.

All RXBARs are made with minimal, pronounceable ingredients, with a base of dates, egg whites, and some type(s) of nut. True, they have a more modest 12 grams of protein, rather than an artificially packed 20 to 25, but they also manage to limit sugar to 12 grams without fake add-ins, and without making you feel like you're eating chewy chalk. To me the Chocolate Sea Salt bar tastes like a more intense, sophisticated Tootsie Roll (sophisticated because sophisticated eaters all seem to sprinkle salt on sweets now.)

Other RXBAR flavors include Pumpkin Spice and Mixed Berry, which I have no interest in trying, and Maple Sea Salt and Peanut Butter Chocolate, which I guess I would try if they ran out of the Chocolate Sea Salt ones, but that better not ever F'ing happen.

Freeze-Dried Dill Pickles are poppable, crunchable, addictive, and ready to desiccate your body and burn a whole through your esophagus when you end up eating the equivalent of 4 jars of regular pickles in a single sitting...

Mmmm. Munching on some spicy coated peas from my Sir Racha ManBucket to kick off Saturday morning. To be followed immediately, or whenever my girlfriend says it's ready, by a bacon, mushroom & cheddar frittata drizzled...

Grubbin' on the Couch Bowls

It's time for a tactical chowdown. No Netflix marathon is complete without a parade of snacks on the coffee table, and every parade marches better with a bowl of Froot Loops as its grand marshal. Frosted Flakes if you...

Munch or Dunk? The Best Chips for Snacking & Dipping

Answering the Munch or dunk? question, and scoping out the best chips for snacking and dipping is the only stake I have in this year's Super Bowl. I don't really care who wins the game as long as I win the party. And...