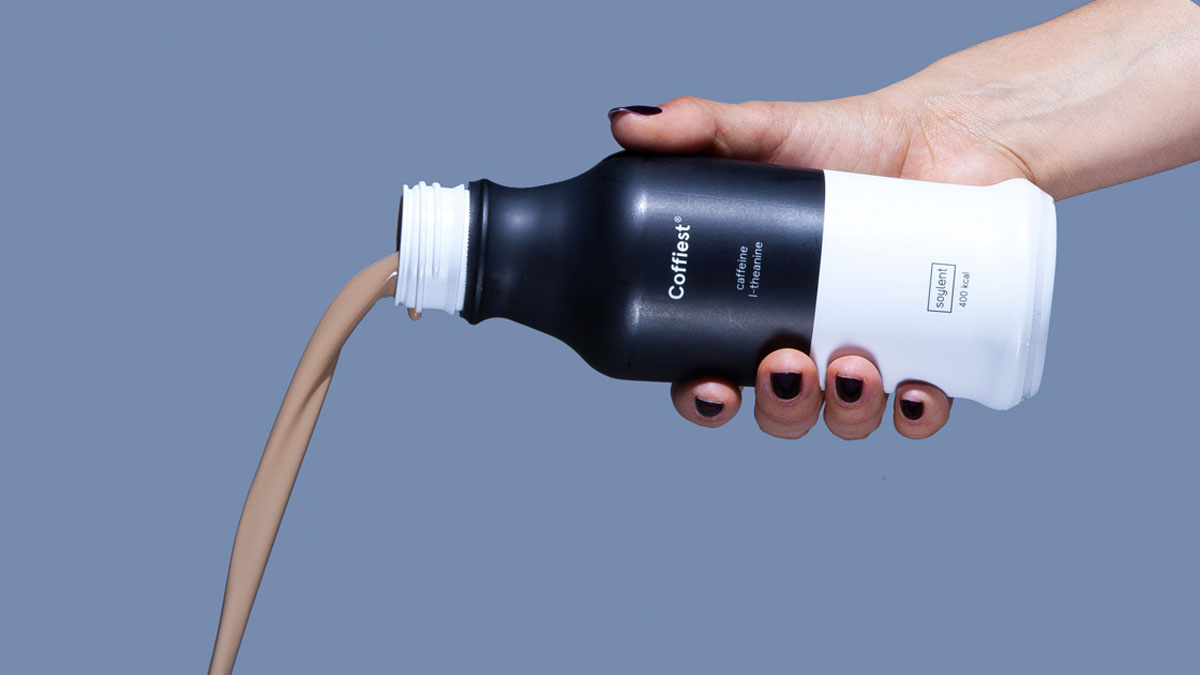 A few years ago we got our first taste of Soylent, a meal replacement drink that essentially amounts to dog food for humans. (Yeah, yeah, or maybe...it is humans!) Day in, day out, Soylent tastes exactly the same, and provides exactly the same number of calories, grams of protein and fat, and percentage of the RDA for about 2 dozen nutrients. It's a swell option for people who are in a hurry, don't want to plan meals, or don't give two tuna pokes about food.

Now Soylent has added a second flavor, and an extra kick to your 14-ounce morning meal. Don't worry, it's not turning your dog food into some sous vide-d culinary monstrosity with Imperial Spherificated tomatoes and a lamb rectum cracker. More like giving you a choice between beef Alpo or chicken. And also eliminating the need to double fist it in the a.m. with a Soylent and a cup of coffee because Soylent Coffiest combines the two.

Like Soylent Original, Coffiest contains 400 calories and imbues your system with 20% of your daily nutritional requirements. But it adds to that real, lightly-roasted coffee, and the same amount of caffeine as two 8-ounce cups.

Ironically, given its cinematic origins, both Soylent and Soylent Coffiest are plant-based formulas, and 100% vegan. They are also lactose- and nut-free. In addtion to coffee, Coffiest ingredients include soy protein, algal oil, and l-theanine, the latter to help reduce the "jitters" that can result from drinking caffeine.

Hey there, fight fans, are you ready for a little Rumble in the J...ar? And really, it's not so much rumble-y as it is 200-micron-holes filter-y. But the cold brew this Rumble Jar cold brew coffee maker for mason jars...

Gastro Obscura continues the epic and offbeat travel book series that began in 2016 with Atlas Obscura. In their latest Food Adventurer's Guide, authors Cecily Wong and Dylan Thuras home in on what is, in my opinion...