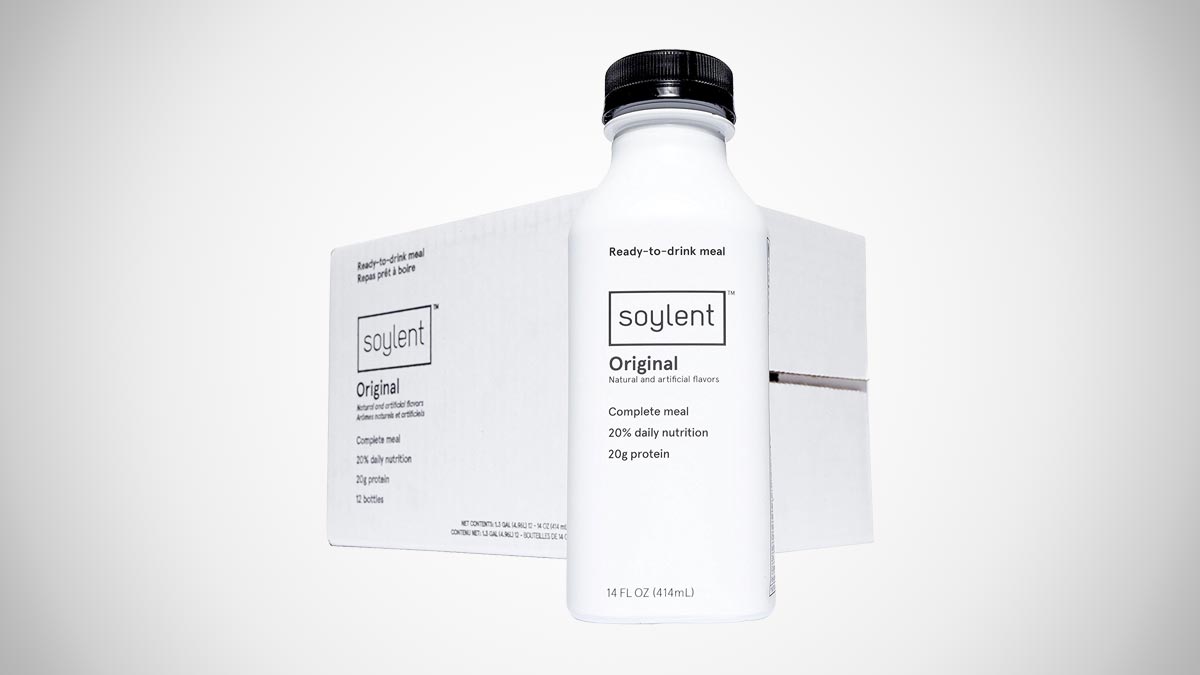 Nary a week goes by that I don't hear about how my friend DeAndre just wishes they made a dog food for humans. Something containing all necessary nutrients, adequate calories, and appropriate protein:carb:fat ratios that requires no time, thought, or effort to prepare. Because while some people live to eat, others...would prefer to scarf down a can of Alpo and go back to playing BioShock. Soylent creators Rob Rhinehart and Matt Cauble sympathize with DeAndre, and with all humans who want to stay healthy and satiated without constant trips to Whole Foods, expensive dinners out, or tedious attempts to follow recipes and determine the difference between chopping and dicing.

Rhinehart and Cauble deem Soylent a "default meal that [is] the nutritional equivalent of water: cheap, healthy, convenient and ubiquitous." It can undergo customization for various body types and individual needs, and accommodates those with allergies, heartburn, acid reflux, or digestion problems, as well as people hoping to control their weight or cholesterol. If you're stockpiling your cache of survival gear, or taking a hardcore backpacking trip, a beefed up Soylent supply might come in handy for you too.

Soylent also reaches out to anyone who considers access to wholesome food cost-prohibitive. A $65 pledge to the project returns a full week's worth of Soylent meals--that's 21 instant grub sessions for just over $3 apiece.

Rhinehart, who in the above video states he had been living almost entirely on Soylent for 3 months, and Cauble, who says he uses it when he doesn't have the time or energy to make other meal arrangements, believe another Soylant benefit could be the reduction of humans' environmental impact. The powder's widespread use would eliminate much of the waste and pollution stemming from agriculture and livestock industries, as well as food-related garbage. The guys note some heady statistics on how much of what we produce actually gets put to viable use (only about 50%) and remind us that 70% of Americans are overweight or obese, while 1 in 7 people internationally suffer from malnourishment.

Soylent is intended to store for years without spoiling, and is compact and easy to transport. Since it is tailorable to general, and even individual dietary needs, while Soylent can serve simply as "human dog food" for the uninterested and uninspired, it can also make worldwide strides as source of renewed (or newfound) health and strength for the struggling and less fortunate.

At printing, Soylent was hosting its own, incredibly successful funding campaign. Orders placed for Soylent supplies of 1 week up to 3 months have anticipated US delivery dates of September/October 2013.

Muchas danke to Samuel J. for Dude Product Tipping us off to Soylent.

Daiwa says their Vitality Swing, a chi swing machine, provides "passive exercise," and I don't know if that's true or possible, but I sure do like the sound of it. When in use, the machine sways back and forth, creating...