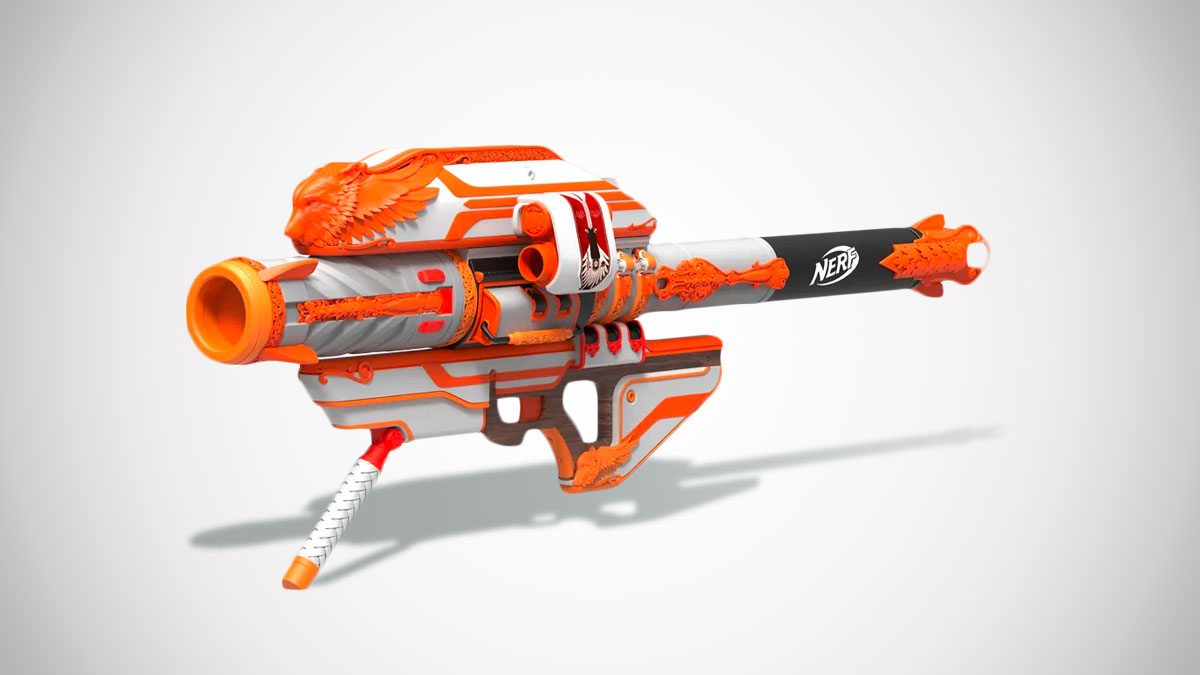 Is it your destiny to score a Nerf LMTD Gjallarhorn Blaster from Bungie Rewards? You can improve your chances of following the path of a Guardian by acquiring the Gjallarhorn rocket launcher in the Destiny 2: Bungie 30th Anniversary Pack game itself before July 7, 2022. Those players will be granted early access to the purchase of the Nerf LMTD replica rocket launcher.

The Nerf Gjallarhorn is a 4' long dart-firing blaster designed at a 1:1 scale to the digital one available in the Destiny video game franchise. Its sculpted details are also "faithfully replicated from the game," though its capabilities, understandably, don't really align. Instead of rockets, the Nerf LMTD Gjallarhorn Blaster includes Nerf Mega dart shells (the company's first ever, so that's something). Each holds 3 Nerf Mega darts, and can fire 3 darts at a time. Three shells and 9 darts are included.

The Gjallarhorn Blaster also has a light-up scope, and comes in showy Nerf LMTD packaging, covered with artwork and details from Destiny lore.