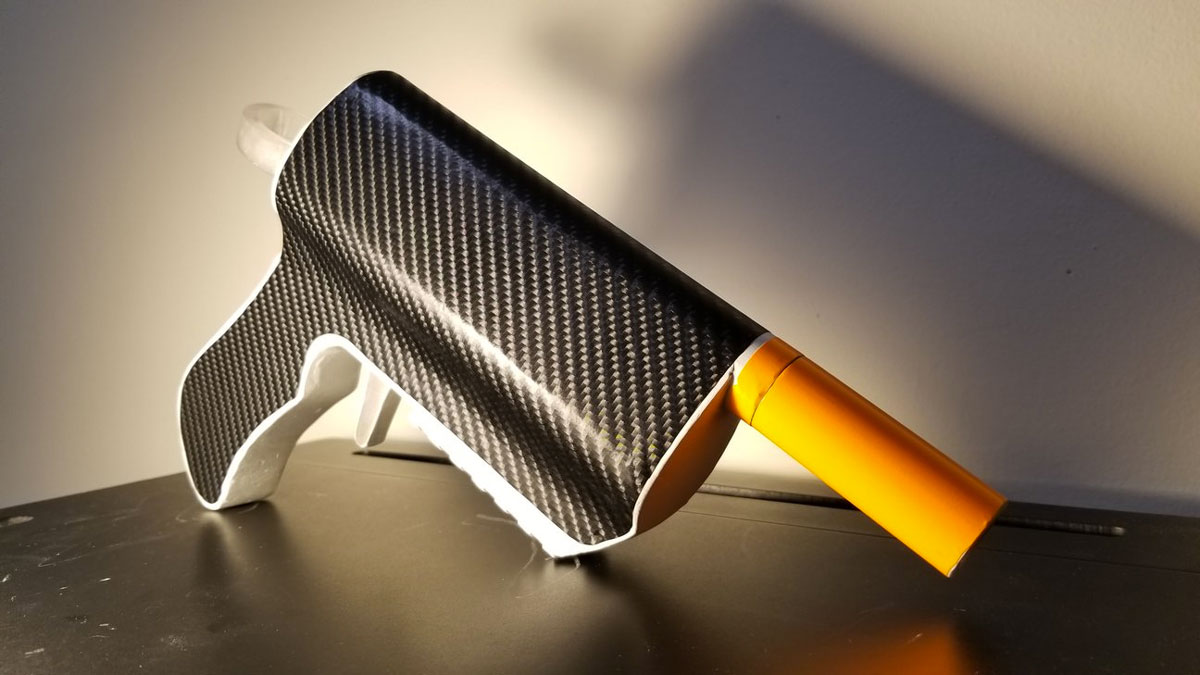 The Loveland Arms Kobra-1 is a foam dart pistol. Handmade, with a proprietary catch design, from polycarbonate, UHDP, epoxy, and carbon steel screws. None of its components are 3D-printed. So what's a fancy, over-engineered blaster for?

Whether it's Star Wars LARPing or a good ol' fashion game of Humans Vs. Zombies in the backyard, creator Kyle Loveland calls his Kobra-1 blaster sidearm "an awesome game that falls between Nerf and paintball." And it's not for kids.

The Kobra-1 is capable of firing 3 x Nerf brand-sized darts in succession, or up to 5 x 1.25" homemade darts (Sunday Funday project!) Competitive velocity is around 130 fps with standard darts.

The Kobra-1 also has room for custom mods, with an integrated weaver rail for attaching tactical Airsoft components.

Loveland says he's building Kobra-1 blasters to last. Like a tank. One should serve you and your cubicle warfare offensives faithfully for years to come. Just - Safety Alert! - be sure to wear eye protection while firing, or being fired upon by the blaster.

Loveland is seeking crowdfunding here on Kickstarter for his Kobra-1 through June 18, 2018.