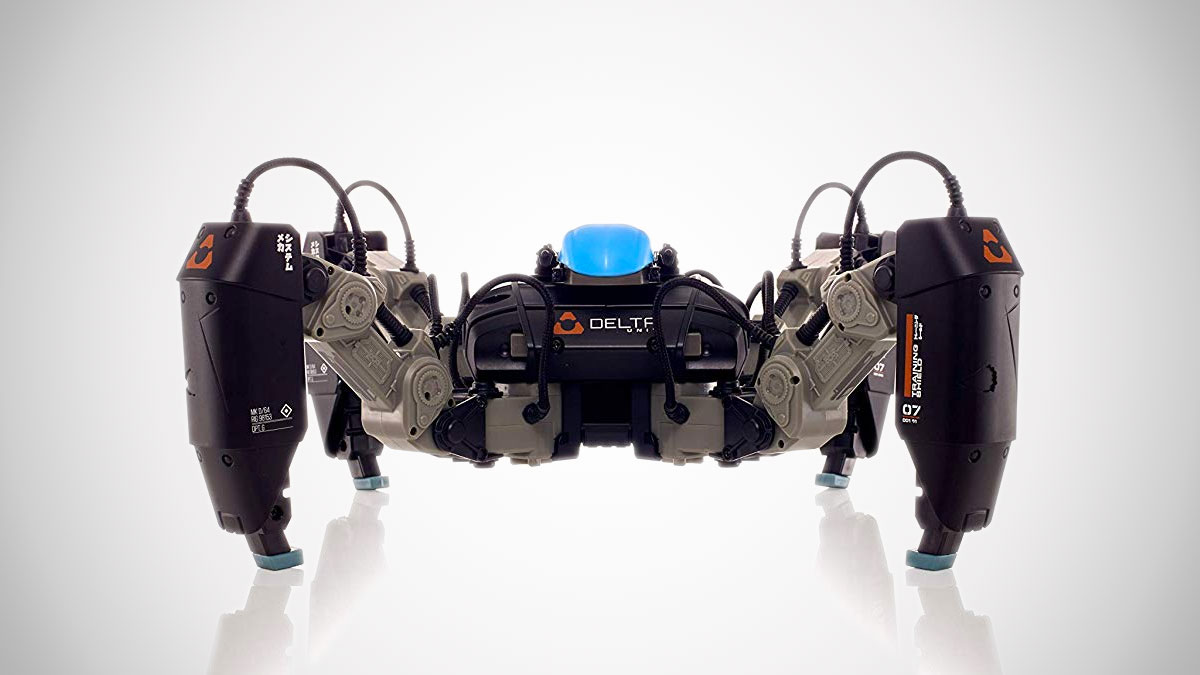 MekaMon's Berserker V2 AR Battle-Bot isn't quite as cool as, say, an Mk. III MegaBot, but in its own, scaled-down way, it's still a piloted battle mech whose potential for AR combat makes it look almost as fun for me and my friend Cornelius to dick away our Sunday Funday playing with.

The Berserker is a real life battle-bot with augmented reality features, whose mix of IRL and virtual play all come under the control of your iOS or Android device. MekaMon has designed the bot to throw down in both Mek vs. Mek battles and AR combat against intelligent AI enemies. In the former you can match up 2 to 4 Berserkers on your living room floor for some in-the-flesh, head-to-head Battle Royale-style action. When you're battle-botting solo, load up the MekaMon single player game and face virtual enemies with your physical Berserker on an AR battlefield.

The physical Berserker bot is designed with 3 degrees of freedom in each of its 4 legs, so movement should seem lifelike (though in this case I'm not sure like what kind of life) and nimble. MekaMon's V2 Berserker also allows players to build their battle-bot's personality and give it emotion.

By: Howe and Howe Technologies »

Anyone need a 30hp bulldozer with a 6' snow plow, 48" dirt/sand/loam plow, mowing deck, rototiller, york rake, and loader/dumper bucket that you can throw in the back of your truck? If you're still reading...because you...

HEXBUG's DIY robotic tech toys for kids are going to battle, and getting in on the Battle. The HEXBUG BattleBots Arena Pro release pits a pair of fighting robots against one another in the spirit of the long-running reality...

Combat Creatures' Attacknids are rugged, obstacle-crushing RC toys that also, true to their name, engage each other (or my neighbor's cat Willard) in combat. Models include the Stealth and Vanguard Stryders, which fire...

MegaBots October 2017 Update: A couple months (years?) late, but the duel has an official stream date - October 17 at 10pm ET here on Twitch...

Meccano says its supersized, 4-foot-tall Meccanoid G15 KS Personal Robot is suitable for kids 10 and up. I'm mostly interested in the "and up" part. This dude is sweet! He looks like Number 5 from Short Circuit, and seems...

Say hello to my open-source, 18-foot-wide, 4,000-pound, 6-legged hydraulic little friend. His name's Stompy, and he is a gargantuan spideresque robot currently being built to tote humans, and crush the living bejeesus