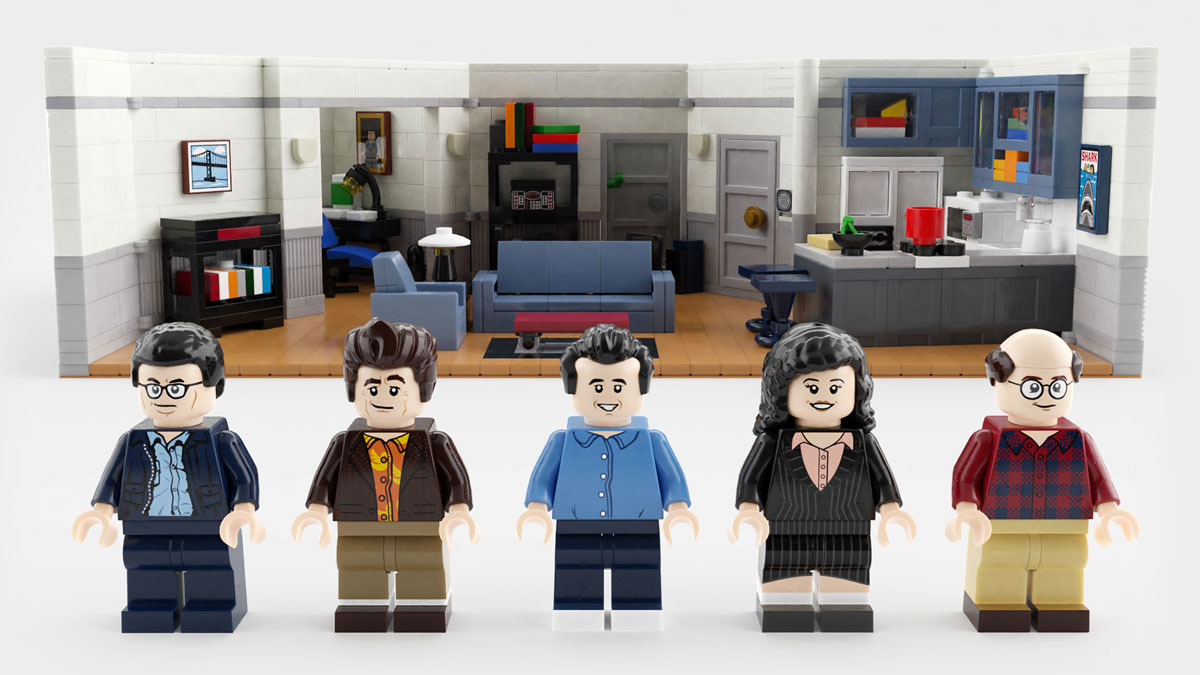 At printing, this Seinfeld 30th Anniversary LEGO Set was just a LEGO Ideas project from Brent Waller with 700+ supporters. Meaning it needs around 9,300 more supporters before LEGO will consider turning Jerry Seinfeld's apartment, plus buddies George, Kramer, and Elaine, and arch nemesis Newman, into a real LEGO block set. Not that there's anything wrong with...

Waller's LEGO Ideas Seinfeld set could be a 900-piece recreation of Jerry's Upper West Side Manhattan apartment, with the 5 pictured minifigs included. If you're in favor of the LEGO set about nothing, log on to the LEGO Ideas site and vote to make it real.

In the meantime, you can tide yourself over with this mini Seinfeld set replica not affiliated with LEGO.

The Mensch on a Bench

Twenty years later, The Mensch on a Bench picks up where Adam Sandler's "The Hanukkah Song" left off: he's bringing "more Funukkah to Hanukkah," and bringing the families celebrating it closer together in the process...

Now here's a way to increase workplace productivity. Ha! The MelGeek Pixel LEGO-compatible keyboard is actually the perfect accessory to a new term and practice I heard about the other day: quiet quitting. It's the process...