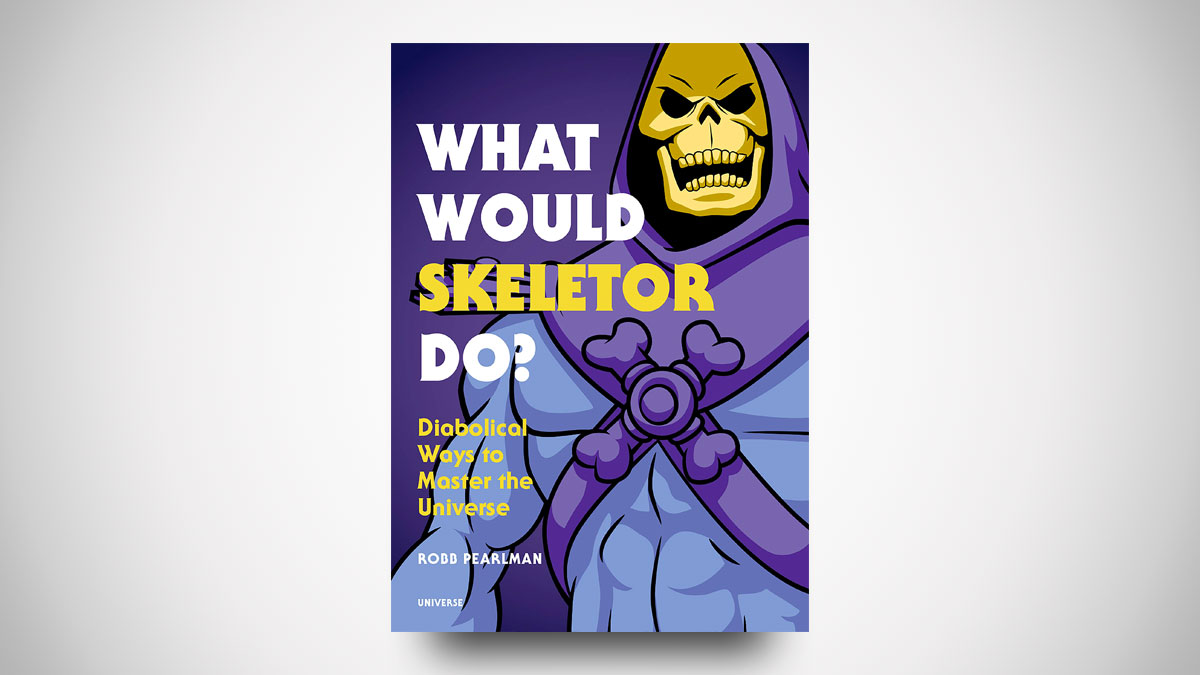 What would Skeletor do? He'd call Diabolical Ways to Master the Universe a fluff piece for flea-bitten fur brains, and tell author Robb Pearlman, "I could write a book about what you don't know!"

Actually, Skeletor really says that last bit, in the foreword he's written for What Would Skeletor Do?: Diabolical Ways to Master the Universe. In true 80s evil villain form, he opens with a trademark angry insult, and then goes on to say he would have done a far better job writing the book in its entirety, but Masters of the Universe gave official rights to "grain of sand for a brain" Pearlman due to Skeletor's NDA. Which he must have signed thinking it was a bill for his Havoc Staff repair.

So Pearlman takes over from there, pouring what he can of Skeletor's knowledge and wit, mantras and snark into 5 chapters of advice on topics such as 'Family and Frenemies,' 'Career,' and 'Downtime'. Accompanying Skeletor's words are He-Man and the Masters of the Universe episode recaps and images from the classic cartoon to give you further inspiration as you contemplate What Would Skeletor Do?.

Note: What Would Skeletor Do?: Diabolical Ways to Master the Universe has my wife, She-Ra: Princess of Power's stamp of approval as a worthy superhero gift.

A Masters of the Universe Orko Chain Necklace?! Hot diggity-dog, my wife, She-Ra: Princess of Power is gonna Adora this! (Haha, get it?) Who else needs a gift for a woman packed with the power of a Trollan?...

Where was the She-Ra Helmet Ring when I was proposing to She-Ra: Princess of Power?! It's way better than the ring I got her. Like, $30 cheaper too! I knew I should have waited 6 months...