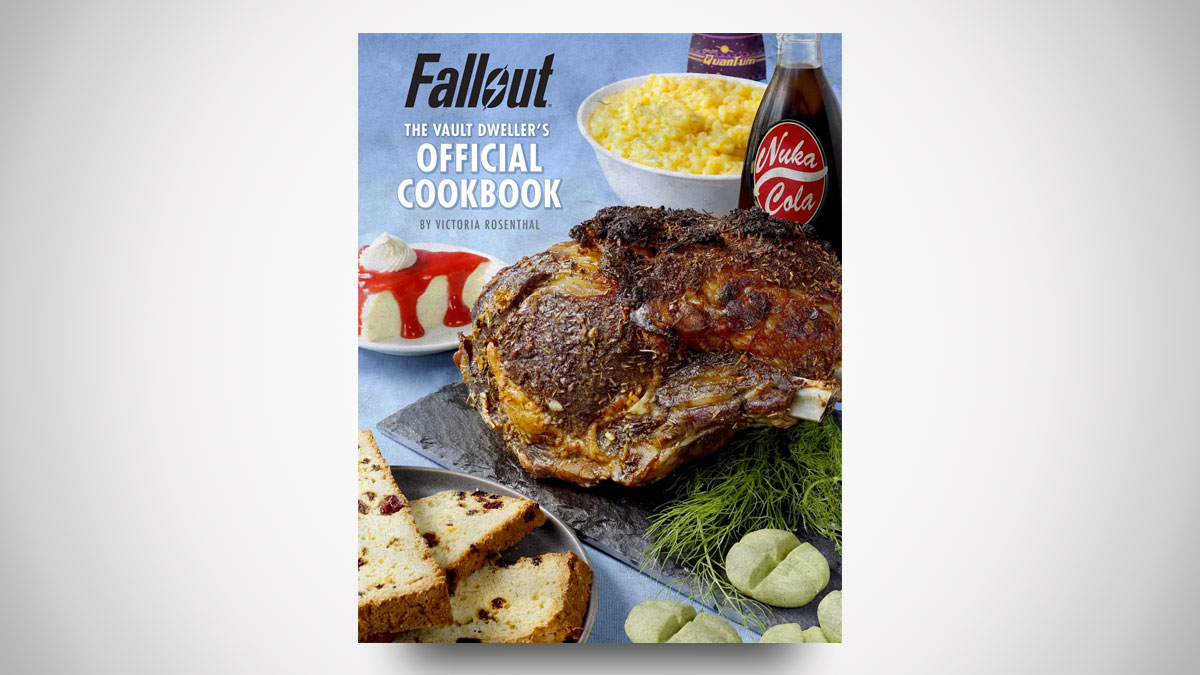 Can you believe it? It took 9 Fallout game releases before they finally made a Vault Dweller's Official Cookbook. What were they thinking? That no one wants to mix up their own glasses of Nuka-Cola to keep alert during 72-hour sessions on the PlayStation? That gamers weren't scouring the web for BlamCo Mac & Cheese recipes to take to Thanksgiving dinner?

Thankfully someone - maybe cookbook author Victoria Rosenthal - knocked some sense into Bethesda Games for the 2018 holiday season, because, in tandem with Fallout 76, Fallout: The Vault Dweller's Official Cookbook has just been released.

Maybe you're a critic of Fallout 76, maybe you detest it. Maybe you think the entire Fallout franchise sucks. But. Who doesn't love some Vault-Tec-approved Grilled Deathclaw Meat followed by a scoop of Mutfruit Crumble?

Mmm, I smell a Cake Bake-Off coming on. Residents of Vault 101 take note: I will accept submissions of the sponge variety only this year. A fleece zip-up nod to the Fallout series, Bethesda's Vault 101 hoodie is passable...

The Fallout 4 Vault Dweller's Survival Guide hardcover is a once-off printing, a Collector's Edition for all the fanboys and fangirls out there still as hyped up about the game's 5th installment as they were a month ago...