Ain't Got Time to Bleed 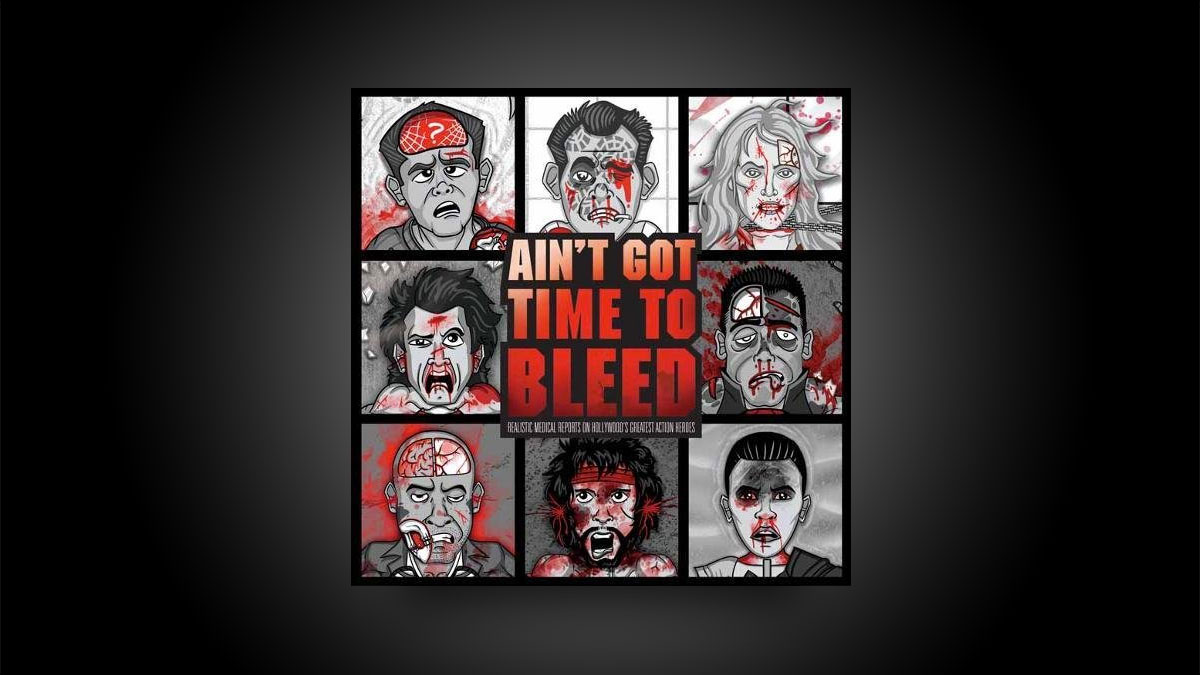 Ain't Got Time to Bleed is a compilation of medical reports on 29 of Hollywood's greatest action heroes. A detailed analysis of how well the likes of Die Hard's John McClane, Predator's Dutch Schaefer, and Kill Bill's Beatrix Kiddo would really fare after sustaining the number of gun shots, stab wounds, and whacks upside the head with a meteor hammer they do throughout their films. It's the real science behind the characters whose injuries would kill any one of us 7 times over, but that leave them only mildly or momentarily incapacitated. Because the bad dudes are still out there. And the only people who can stop them Ain't Got Time to Bleed!

A quick browsing through the image gallery above shows the basic layout of Ain't Got Time to Bleed: Medical Reports on Hollywood's Greatest Action Heroes. Each 2-page spread pairs one of illustrator Steven Lefcourt's diagrams of beat-up action hero on the right (cumulative, all wounds acquired during the film) with author Andrew Shaffer's catalog of his or her injuries on the left. Following the injury description, Shaffer details its probable consequences and lasting effects.

Ain't Got Time to Bleed won't become a literary treasure, but it should prove to be a chuckle-worthy gift for any man who lives for the heroes of the action.