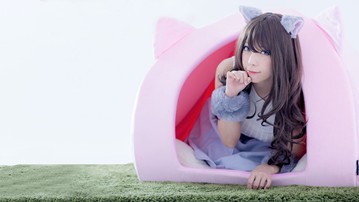 While some of these quirky gifts could be considered white elephant gift contenders, most of them aren't, or at least aren't intended to be, gag gifts. They're just deliberately a little left of center. They proudly march to the beat of their of their own drum. And in some cases, they simply come from Japan. They're the quirky gifts everyone will be talking about.

Quirky gift prices are listed as they were at printing. Prices are subject to change.

This men's travel urinal isn't just a reusable pee reservoir, it's an expandable / collapsible one. So it's easier to carry in your bag or glove box. And also so it can make you feel bad about your manhood if you only need to expand it a notch or two to have plenty of room inside for both your penis and the 40-ounce Big Gulp piss you're about to take.

The accordioning elephant trunk of a urinal expands from 2.76" to about 7" long, and has a 750mL max liquid capacity. I'm unable to find specs on the urinal's diameter, my girthy friends.

The Krystal Ship incense burner will not cook illegal substances or get you high. But. It might cover up the smell of one or two substances that will. I hear patchouli incense is good for masking stale beer, opening your second Chakra, and attracting fae creatures too.

Enter Walter White's miniature laboratory on wheels through the van door, where you'll tuck your cone for smoking. RV dimensions are 11" long x 3" wide x 3-3/4" tall. ThinkGeek says the Breaking Bad RV Incense Burner isn't suitable for kids under 13, but, geez. I don't think I'd give a meth lab replica to any kid. Unless he was my student, and seemed like a decent business partner....

Imagine the sick pleasure Tyler Vendetti and Rebecca Pry took in writing and illustrating The Illustrated Compendium of Ugly English Words: Including Phlegm, Chunky, Moist, and More. Just knowing the sick pleasure we will take in reading would have been enough, but on top of that, these ladies got to parse out and pay homage to the 300 worst words in our language.

In addition to the 3 in the title, other vomit-in-the-ear-makers included in The Illustrated Compendium of Ugly English Words include: gassy; rural; squirt; and wart. The illustrations for gassy and wart are particularly delightful.

The Eastern Diamondback Rattlesnake Head Keychain features an authentic head from the venomous viper, all taxidermied up for your safe(r?) handling pleasure. Oh how the kids, not to mention the hotel and restaurant valets, are going to love the pure, raw fear they feel at first glance of this chilling key carrier.

The eastern diamondback rattlesnake heads used in the keychains measures about 3" long x 1-3/4" wide, plus 1-1/2" tall at the jaw end of the snake's head.

What do you call The World's Worst, Weirdest, and Most Disturbing Drinks? Craptails. Complete with martini glass filled with a soft-serve swirl of poo. Clint Lanier and Derek Hembree endeavor to teach us "the art of crapology" in 200 cocktails. That is, two hundred of the nastiest, most vile, most direct blow to your gag reflex "drink" creations ever mixed. I'll bet some of them have semen in them. I fee like some have to have semen in them.

According to Bibi Lab, 10.4 humans per hour Tweet, "I want to be a cat!" In response to this rampant cat envy, and also because Bibi Lab is a Japanese retailer, and this sort of thing isn't even a little weird in Japan, the company made a cat bed for humans. So all of you ladies (and dudes?) out there pining to be feline, grab your cat ears, cat tails, and cat suits, and get ready to shove yourself inside this pink, pointy-eared dome, curl up into a ball, and take that cat nap you've been dreaming of.

Some people have a thing for bubble wrap, others funnel their energy into fidget toys. And some, some crave the pop'n'ooze of nice, ripe zit. For the latter group, this pimple popping simulator can give you the same satisfaction of cratering out your face, instantly, repeatedly, and with no residual scars!

If you weren't sure if yoga could get any worse than goat yoga, or party games any worse than your cousin's vaping intervention, baaaaad news on both fronts: the Goat Yoga Party Game.

Sore legs? Achy back? Feeling butt hurt? Just LoveBalls? LoveBalls hot water bottle to the rescue! Plop these balls down on your tired and tender bits and let them love away the pain. LoveBalls even come with a blue jeans cover to prevent scalding because Sssss! these balls get hot.

Like most great sets of balls, LoveBalls are multi-talented. You can fill the soft silicone sack with water and microwave it for traditional heat therapy, or fill it with ice / stick it in the fridge to get some cooling anatomical relief. And, maybe most spectestitacular of all, the bottom of the bag contains two soft stress relief spheres you can squeeze and mash together when you're feeling agitated. Like a simulated exercise in calming your thoughts, regaining control, and grabbing life by the balls.

It's a cell for your cell. Or, more likely, this mobile phone jail will be where your kids' phones serve time when you decide they need to break and reenter the physical world, or when they smart off, sneak out, or turn you into meme.

The jail itself looks like a cheap plastic build that might do an OK job of keeping inanimate smartphones locked up, but probably won't fare well if someone on the outside moves to break them out. But I guess a prison cell for overused and addictive cell phones is as much symbolic as it is practical. Plus, locking up your 14-year-old's iPhone will likely piss him or her right off, further elevating the phone jail's effect, and your satisfaction in using it.

Are you happy to see me, or is that just a Timber Rattler Scarab Back in your pocket? This monster of a lockback knife has an 8" stainless steel blade that folds into a grey pakkawood scaled handle. It's my #1 choice for the most impractical piece of EDC, or possibly gift in general, you can give someone this year.

Overall, the Timber Rattler Scarab Back Giant Pocket Knife measures 17-3/4" when open and 9-3/4" when shut.

The Godzilla Humidifier also has a LED light shining out of its throat / water-breathing hole that adds a mythical blue hue to its mist. Hopefully that effect does not alter its singular function of moistening the air - wouldn't want Godzilla the Humidifier to go all Viserion the Blue-Lightning-Spewing Dragon on anyone.

I know you don't want me to say it, but...you kind of do. And so do I. This chair is the best thing since jelly. Fold it in half, plop it on the floor and pop a squat. No slow roasting or smoking required to make your award-winning butt sandwich this time. But on that note: I recommend resisting the urge to snuggle up with your slice in front of the fire; this bread doesn't do toasty.

If you don't know about the weird science of gallium you can read more here.

Got it? OK, so now you're probably wondering what the WTF you can do with gallium once you've scored a nugget. My suggestion: spoon prank. Slightly more sophisticated than "Pull my finger", slightly less hilarious than removing part of the assembly on your friend Cornelius' bedroom door and then setting it back on its hinges such that it falls on him when he opens it, a spoon made of gallium will melt into a pile of liquid metal at surprisingly low temperatures. Even body surface temperature should do it, as liquifying begins at 85.85 degrees F, and a bowl of soup will definitely do it.

So what do you want with a big ol' raccoon dick? Good fortune in the game of love, and a stellar performance at the big DNA dance; Texas Toothpicks are love and male enhancement charms. According to the listing, in some parts of the South young suitors tie a red ribbon around a Texas Toothpick and present it to a potential mate as a sign of their affection. Another belief is that raccoon penile bones enhance masculinity and sexy time prowess.

Some dudes even ingest their Texas Toothpicks, grinding up the bone and mixing it into drinks or smoothies. Welp. Sometimes you gotta do what you gotta do to get someone to do you.

Never Gonna Give You Up Rick Roll QR Code Sticker

I tried it. Works. Though the Never Gonna Give You Up Rick Roll QR Code Sticker doesn't just immediately start blasting Rick Astley's iconic earworm and ultimate prank song. It takes the QR code scanner to the video on...

All you need to stay afloat this summer is a pair of Inflatable Beach Ball Underwear! A swimsuit and life raft in one!...

Cool off with some hot pants. Daisy Duke's got nothing on these Jean Shorts Swim Trunks. More like swim briefs, really, as the faux denim suit is ready to show off your sweet ass and your formidable junk with equal skin...