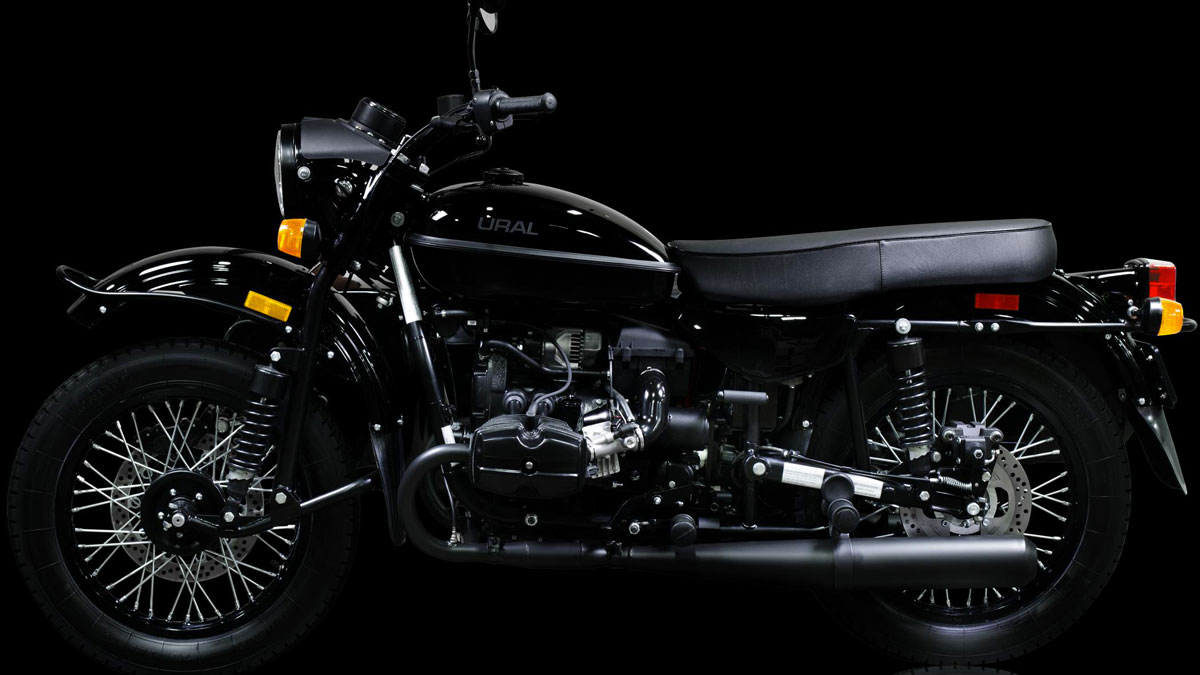 Ural's Dark Side has...bench seating and a sidecar? A trunk? A max cruising speed of 70mph? The company, a US-based affiliate of Russia's Irbit MotorWorks, has just released the Dark Force motorcycle. It won't take you to the Death Star and probably can't maneuver like a TIE Fighter, but the bike does have a Vader blackout paint job and, yes, comes with a specially-mounted lightsaber.

Ural's Dark Force is available as a limited edition of 25 bikes. Features include: