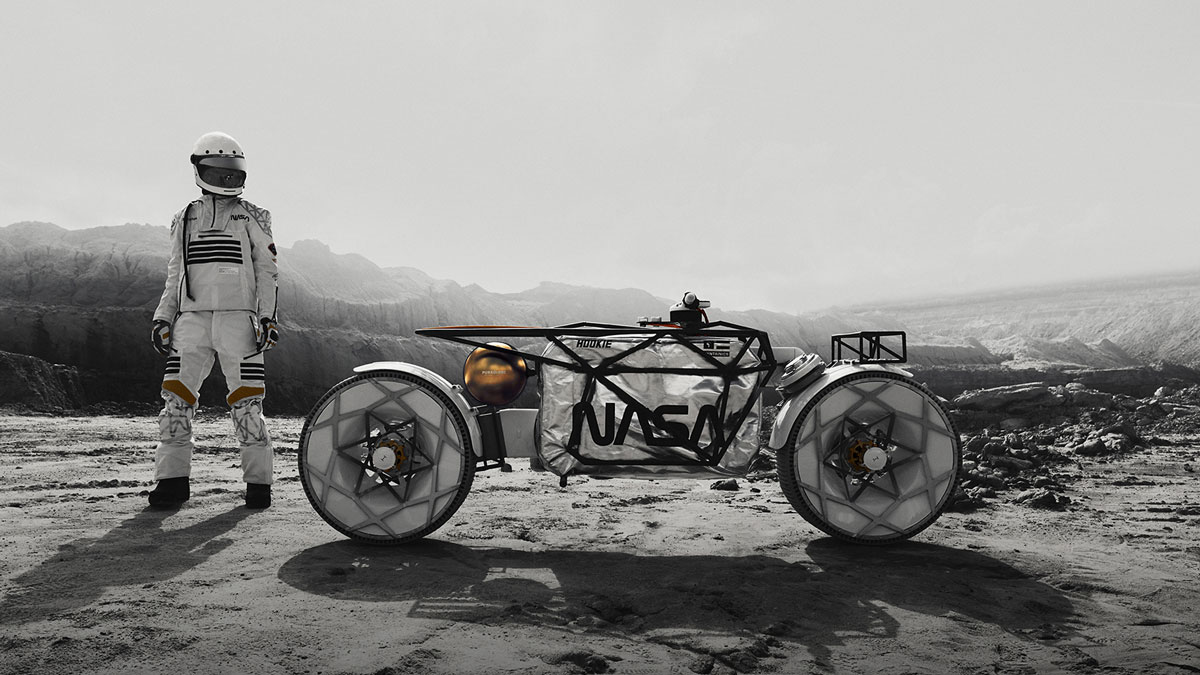 But also one we may see in use as more than a concept in this lifetime.

Andrey Fabishevsky dreamed up the visuals of this lunar motorbike, and the engineers and fabricators at Hookie Co. brought a prototype to life, naming it "Tardigrade" after the wondrous water bear found to be capable of surviving literally anywhere on earth, and possibly on the Moon and other planets.

Made to explore the Moon's surface, the Tardigrade Motorcycle is obviously an electric build, with a battery range of around 68 miles, and max speed of 9MPH. Hookie Co. has fitted their Tardigrade with airless tires and used ultra lightweight materials in the body so the bike's total weight is just 295.42 pounds.

And that's 295.42 pounds on Earth, no less. Relative weight on the Moon is only 16.5% of that number, so the motorcycle would feel more like 50 pounds up there. You could overhead press, maybe even bicep curl the Tardigrade during breaks from your missions! TikTok would go nuts!

If you've taken a moonshining to the Tardigrade Motorcycle, the prototype is part of the ADV:Overland Exhibit at the Petersen Automotive Museum in Los Angeles. You can view it in person beginning mid-October 2021.