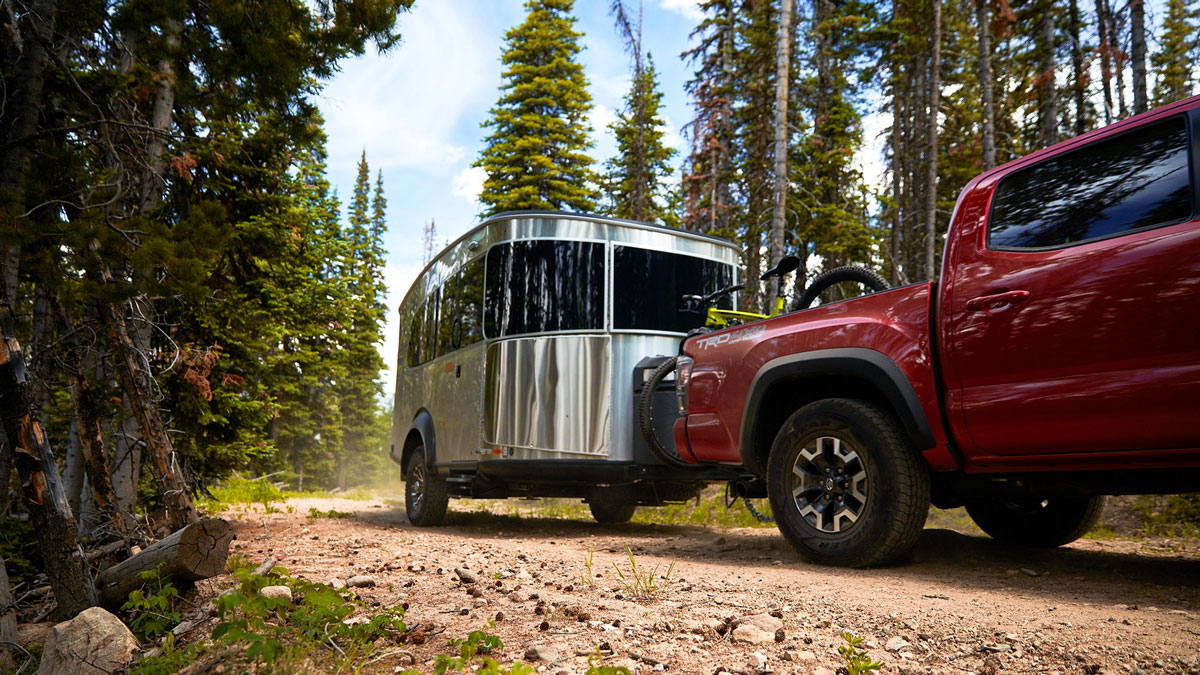 The Airstream Basecamp 20 is big, B-I-G and it's bad, B-A-D, and it's boss, B-O-S-S, B-O-S-S, boss. At least according to my wife, She-Ra: Princess of Power, who broke into one of her high school cheerleading chants the moment she saw it.

She-Ra really wants a camper and really wants that camper to be an Airstream. Or a Bowlus Road Chief, but they declined when I sent a request for a free sample in exchange for an honest review on DudeIWantThat.com.

The Basecamp 20 isn't necessarily bigger and better than the Airstream's Basecamp 16, but it's at least the first one: bigger. The 2021 model has an interior floor plan that is longer, and also taller and wider than its predecessor, with the capacity to sleep a family of 4 (before adding optional tents) rather than the 16's pair of lovebirds. Airstream says interior updates to the galley, seating, and sleeping areas reflect a space that feels much roomier than the 4 extra feet they've added to it too.

The 2021 Basecamp 20 also has a few other updates, including additional interior storage options, an exterior shower with hot and cold water, an upgraded continuous and tankless hot water heater, separate tanks for fresh, gray, and black water, and Airstream Connected pre-wire.

I'll take a shot of Beauer truck camper, please. And make it a double. No wait, on second thought, make it a triple. The Beauer 3XC is an electro-telescopic camper that attaches to a truck bed as a cylindrical cell no...

I've run a ton of campers, trailers, RVs, and caravans like the Escapod TOPO2 over the past couple of years. Are you dudes tired of road trippin', off-griddin', travelin' on the cheap recreational vehicles yet?...