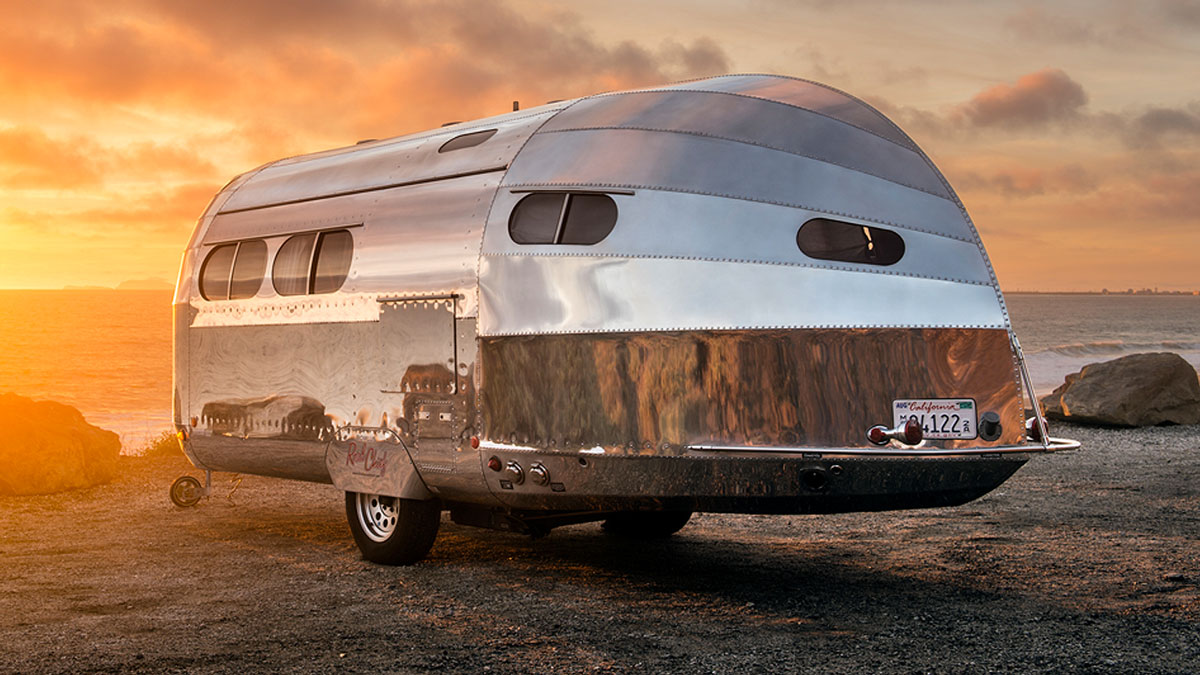 Bowlus Road Chief RVs come in Endless Highways and On the Road models, the former 2' longer and around $50,000 more swank than the latter. Both are light enough to hitch to almost any SUV or crossover, and the Endless Highways is also towable off equally luxury EVs, such as the Tesla X.

The Endless Highways travel trailer has a lithium iron phosphate power system that enables adventurers to spend a week off-grid while running the microwave and all outlets. The On the Road Bowlus Road Chief is juiced enough to do the same for a long weekend.

Both Bowlus Road Chief aluminum travel trailers sleep and dine up to 4 people.

Big may be beautiful, but when it comes to RIFT Carbon Campers, under 500 pounds is lookin' pretty good too. Thanks to a carbon fiber shell over a powder-coated aluminum frame, and a 61-pound tongue weight, the RIFT Utility...

I don't know when they named it the Morus Zero. Yeah, it's an ultra-fast portable clothes dryer, but it's not so ultra-fast it dries your clothes in zero minutes. It should be called the Morus Fifteen. Which is still...

Camping, camper vanning, sailing, even vacation rental-ing with an nCamp Food Prep Folding Chef Knife means one thing: now you're cookin'! This is the Food Prep Premium Chef Knife, one of four currently in nCamp's folding...

The ESCAPE Traveler definitely looks bigger on the inside. But I think that's more due to the trickery of those wide angle lenses the real estate industry loves using to take photos than a true touch of Whovian magic...