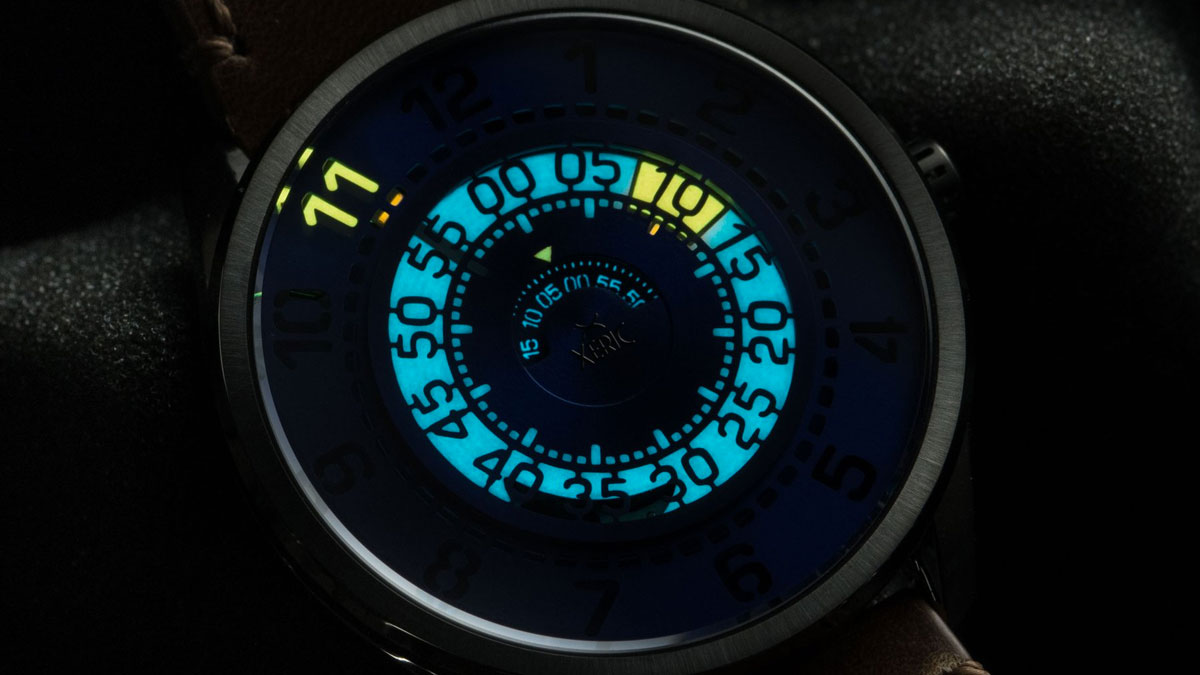 The Cypher Automatic wristwatch, according to maker Xeric, "plays with the positive and negative nature of time" with a design of die-cut hours and laser-cut minutes overlaying the watch's black hour and colored minute hand. Huh. I'm not sure how that plays with time's yin-yang-ness so much as it does opposing styles of cutouts, but no matter. That's not the most interesting part of the Cypher Automatic anyway.

Beyond the watch's face are where this timepiece gets interesting. It incorporates tritium gas tubes and Super-LumiNova for illumination in the dark, watch lume components that won't just not fade over night, but will get brighter the darker it gets, and emit a constant glow. Tritium, for those not familiar with the hydrogen isotope, stays shiny and new-looking for decades.

Unless you break its containment tube, in which case, better run for cover, because that stuff is radioactive.

Cypher Automatic Watches come in 5 color combinations, and in a limited edition of 999 pieces per color.