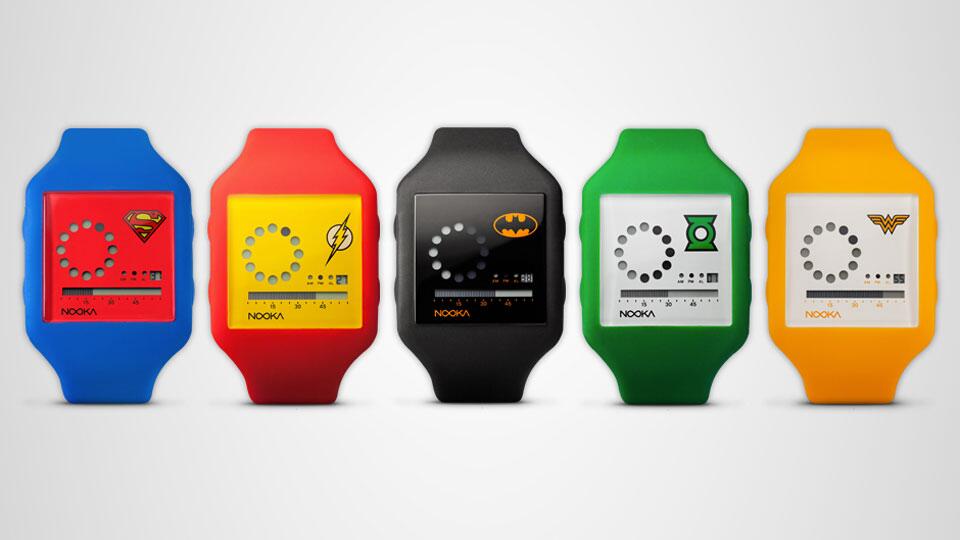 $150
from Common Good Society »
Check It Out

NOOKA's Justice League Zub Zirc watches look almost like implements the superheroes they represent would wear themselves. Well, Superman would anyway. That narcissistic, self-promoting bastard. He's like...like...the Kanye West of the comic book universe. And Batman would need to pimp his out with a few deadly projectiles before accepting it as a valid timepiece. And the Green Lantern might hesitate to wear anything he thought could offend his power ring. Probably best that NOOKA is targeting their futuristic DC Comics collaborations at the non-super of the world.

The New York design brand's Zub Zirc series contains the familiar clock face and reads loosely like analog time. However, NOOKA has also incorporated its trademark digital twists into the watches. Hours fill in as dots on the clock face, while minutes appear as vertical hashes along the horizontal bar below it. A small window and dots above the bar track seconds and AM/PM designations. Being of DC superhero stature, each watch also includes alarm and chronograph superpowers.

Five watches total comprise the Justice League Zub Zirc series, including Superman, Batman, the Green Lantern, the Flash, and Wonder Woman for the ladies, plus the men who aren't afraid to wear items intended for girls. Like my friend Constantine, who won't admit it but who I know buys his jeans in the women's department at Macy's.

Note: Those who purchase the Flash version of NOOKA's Zub Zirc watches should expect it to run fast.