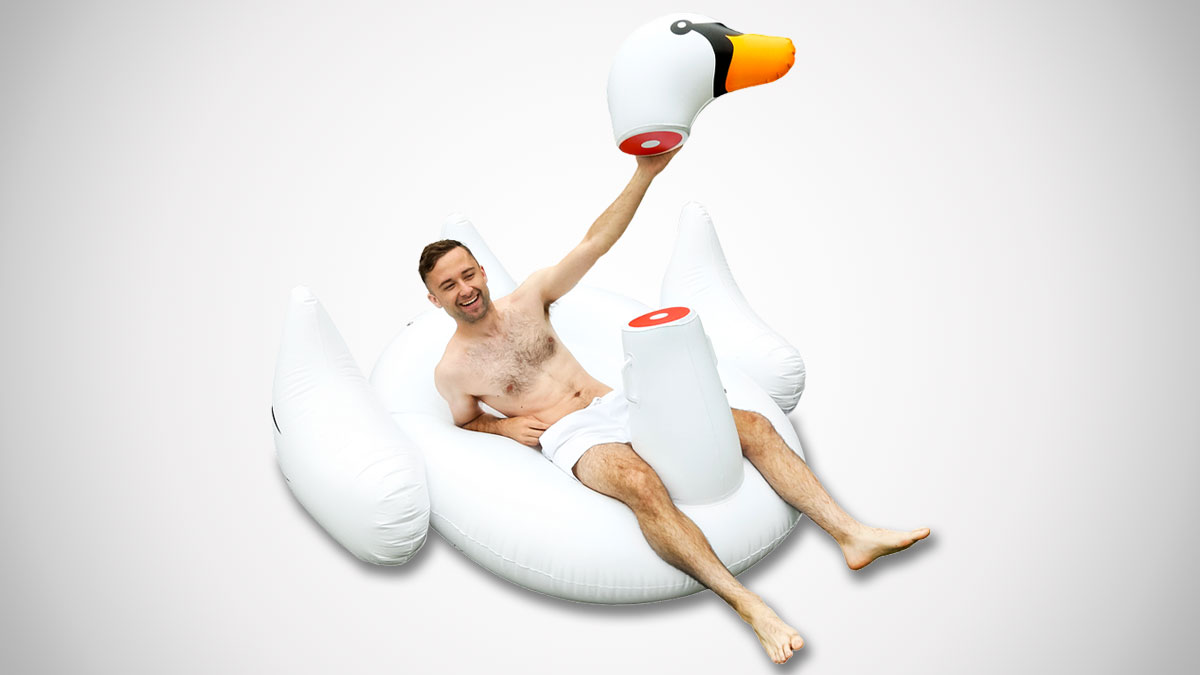 $79
from Decapitated Floats »
Check It Out

Decapitated Floats must be banking on the popularity of a Decapitated Swan Pool Float, and perhaps future decapitated animal / people pool floats (flamingoes! Unicorns! Peacocks! My ex Karen!), because they bought the decapitatedfloats.com web domain, and I'm sure that move cost them a pretty penny.

Really though, I understand the creators of the Decapitated Swan Pool Float, lukas bentel and MSCHF, made the inflatable as a jab at silly goose social media influencers, particularly those on Instagram who have taken to posting photos of themselves lounging on giant swans and other floating beasts that haven't lost their heads. The Decapitated Swan Pool Float is part of a limited edition of 500.

I don't know if I need an Icee floating inflatable cooler, but looking at and reading about it sure makes me want an Icee right now. Mmmm, flashback to the 80s, and the concession stand at my peewee baseball games. I...