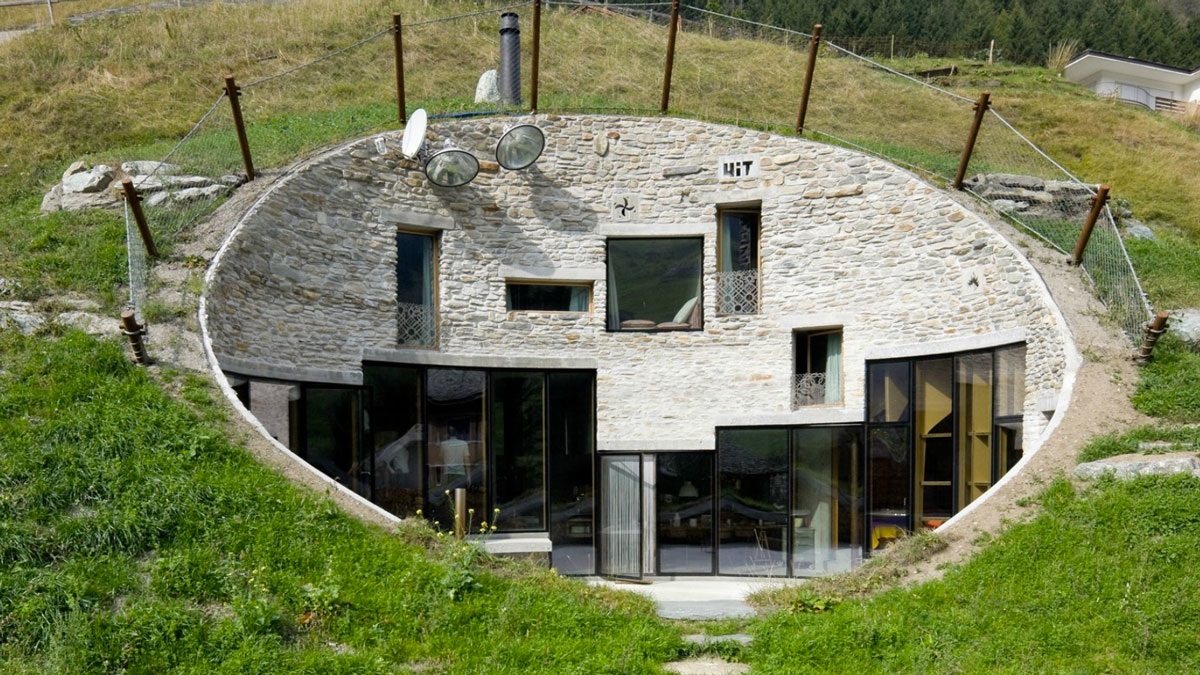 Dug out of a mountainside rising over 4,000 feet high, Villa Vals sits at the end of a pristine valley in the Swiss Alps village of Vals. From its massive glass facade, the architectural masterpiece tunnels inward over 1,700 square feet, with room to accommodate up to ten guests in its modern Dutch heritage-style rooms, all fully stocked with designer furniture and housewares.

Villa Vals design credits go to Bjarn Mastenbroek and Christian Muller of SeARCH and CMA Architects, who saw their vision brought to life in 2009. Their comprehensive integration of the abode into its environment was a deliberate effort to maintain the unspoiled beauty of the surrounding peaks and valleys, and impact the breathtaking views and undisturbed nature as little as possible. For this reason, Villa Vals access is restricted to an entry via a nearby shed, which leads to an underground tunnel burrowed straight through the mountainside.

Escapists, adventurists, and those who just happen to be passing through Switzerland's Alps can rent Villa Vals year round, with rates varying depending on Low, Mid, or High Season travel.

Being in such a remote, untouched location high up in the mountains it will be difficult, but to those who are determined, I have compiled the following list of possible ways to get kicked out of Villa Vals: