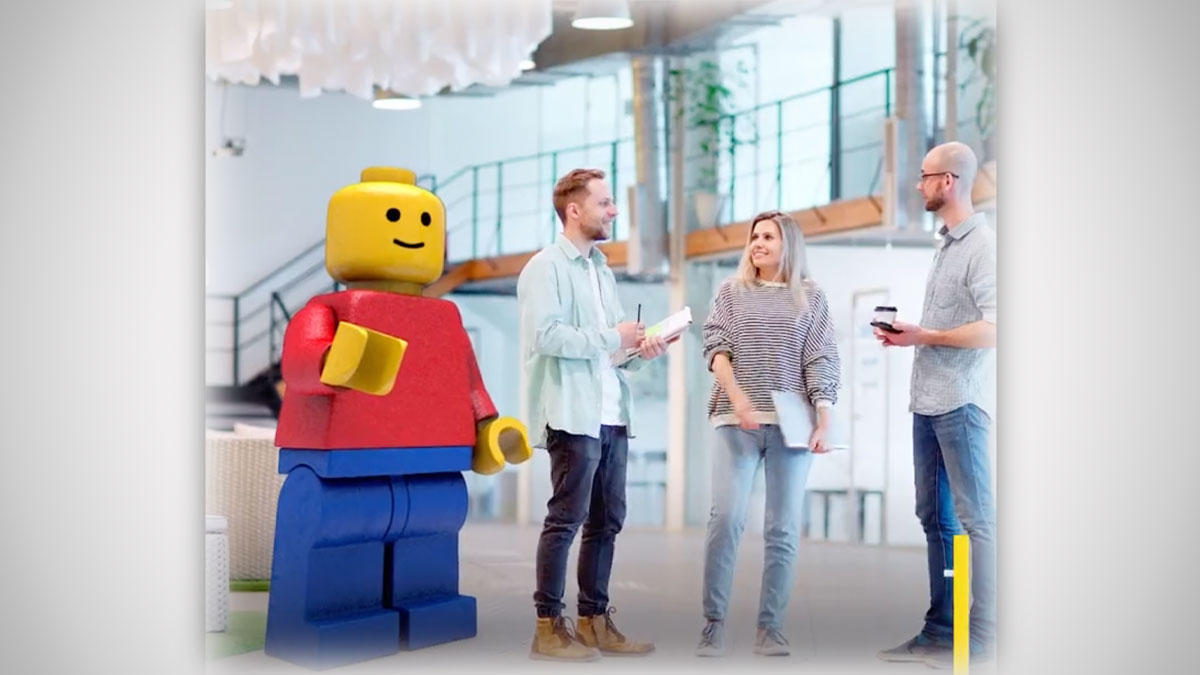 I'm not even going to pretend like a 5'6" LEGO minifigure - sorry, LEGO Maxifigure - isn't an April Fool's joke. Especially since, while the idea for the gag is a good one, LEGO couldn't put more than a modicum of effort into executing it.

A cheesy Twitter video with a giant minifig Photoshopped in? A giant minifig that was obviously Photoshopped, and Photoshopped poorly, no less. How hard would it have been to make a real one, and just keep it in the office as the best mascot ever after the joke plays out? Or at least create a better superimposed fake for the video. I mean, I'm the worst Photoshop hack ever, and I feel like I could have layered the Maxifigure into LEGO's lame gotcha! video.

And speaking of LEGO vidoe lameness, it was pretty lame in content too. The Maxifigure is a great personal trainer? Companion for outer space? Huh? Dating wingman or kids' babysitter would have been better than those. Or how about United States Senator? New leader of Russia?

Should have had the fans do your Maxifigure idea's grunt work, LEGO, just like you do with all of your best building brick sets.

Question to ponder: if a LEGO Maxifigure steps on a LEGO brick, will it: A) Hurt like a mofo just like it does everyone else; B) crush beneath his behemoth tower of plastic; or C) snap on and become part of his body?

Something big is coming. And we mean really, really BIG! pic.twitter.com/eOyxfyYna7

Now here's a way to increase workplace productivity. Ha! The MelGeek Pixel LEGO-compatible keyboard is actually the perfect accessory to a new term and practice I heard about the other day: quiet quitting. It's the process...

Now here's a concrete example of why I like desktop toys. These concrete LEGO minifigs from Elemental Design Store could make some nifty gifts for men ranging anywhere from LEGO fanatics to CEOs. With Father's Day coming...

Unofficial LEGO meets unofficial Ferris Bueller's Day Off in Citizen Brick's stellar Minifig set. To maintain unofficialness, they call it the "Teenage Car Thieves" Minifig set, but you, me, and Ed Rooney can smell that...