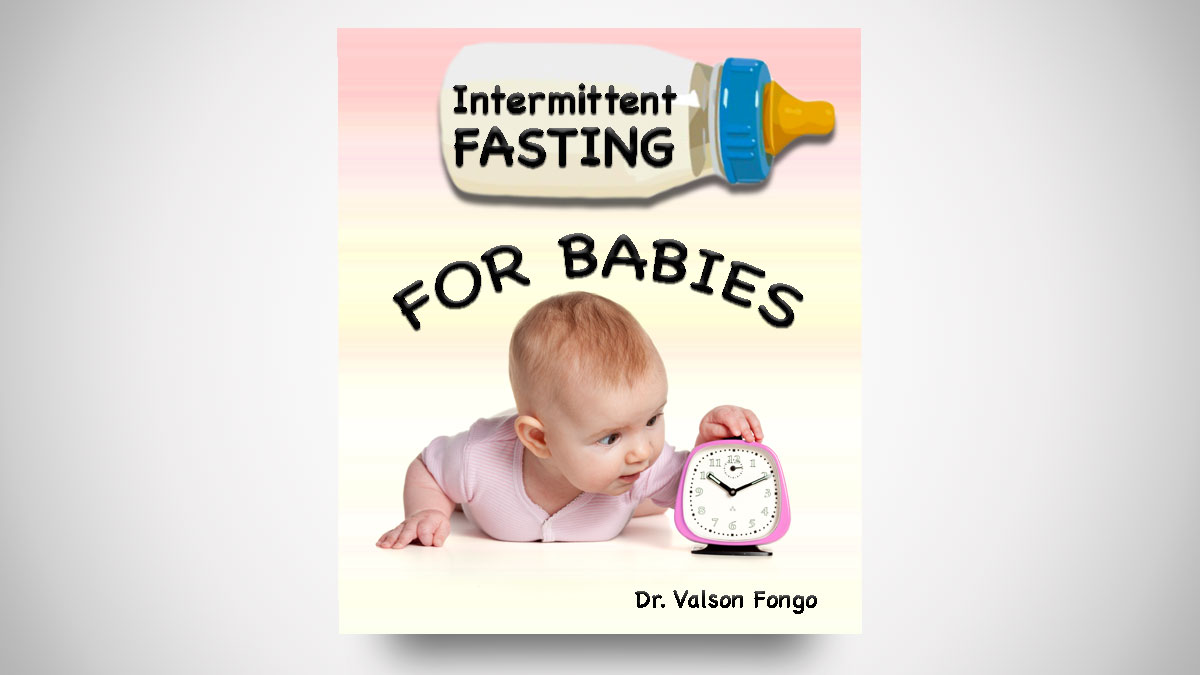 How Does Intermittent Fasting for Babies Work?

Following the intermittent fasting method, babies' bodies and minds undergo striking changes in just a couple of weeks. On the cellular and molecular levels, hormones adjust and stored body fat becomes more accessible. Cells enter autophagy, a process of clearing damaged cells from the system, and activate repair processes they're unable to see through when the body is constantly digesting. Human growth hormone (HGH) levels increase by up to 5 times, while insulin levels drop dramatically. Genetic changes improving longevity and disease protection kick in.

As for babies' brains...well, I'll be honest. Intermittent Fasting for Babies is going to make babies' brains super pissed off for those first 2 weeks. They, and in turn you, will struggle to get through it. But once they cross the threshold, break through the barrier of their brains - brains, not bodies - making unnecessary demands for milk or pureed peaches, they'll feel like they're seeing the bright light and hearing the choir of angels. Their minds will calm. Their dispositions will chill. They will become human Baby Yodas.

The results will be stunning.

Longo suggests babies' tiny bodies will catch up to their proportionately large brains faster. They'll grow and mature more at the rate of other primates, such as chimpanzees, who reach an age of independence at 6 to 9 years old, as opposed to the 30 years it takes most human children of this generation. Thanks to the reprogramming of their hormones and a newfound efficiency in cellular function, they'll also be taller and fitter (bye-bye childhood obesity), have stronger immune systems, better attention spans and clarity of thought (bye-bye Adderall), and increased overall acumen. They will become adult Obi-Wans. ... With a few Vaders thrown in there too, but hey, even Intermittent Fasting for Babies can't give parents total control of how their kids turn out.

I'm a Parent. What Can Intermittent Fasting for Babies Do for Me?

That, dudes, is a great question. And in my opinion, the answer is the best part about Intermittent Fasting for Babies. Think of it:

Further, if you establish intermittent fasting as the norm for your child during infancy, the benefits only continue as they get older. Food costs go down. Days you forget to pack a school lunch aren't just easily forgiven, they go unnoticed entirely. And nights you have to work late, or are too exhausted to cook dinner? A liter of water and the promise of a trip to Dave & Buster's in a mere 24 hours should go over just as well.

But What About All That Extra Breast Milk?

For moms wondering what the F-cups they're supposed to do with all that extra breast milk, Dr. Fongo is coming out with an excellent option next month: the Baking with All That Extra Breast Milk cookbook. In addition to ensuring your bodily brew doesn't go to waste with recipes such as Mammary Milkshakes, Jiggly Jugs Jiggly Cheesecake Pudding, and Chesticle Fudgesicles, Fongo also provides cooking and packaging tips for creating items such as Brie-st Cheese and Two Nipples, Tres Leches Cake in bulk, for moms interested in starting a unique baking business while nursing.

Note to expecting mothers: as tempting as it might be to begin shedding pregnancy weight during your pregnancy, Intermittent Fasting for Babies is not recommended for babies still in utero.

SquarEat food blocks look like they took a trip through the Star Trek: TOS food replicator. With slightly fewer added dyes. The Miami-based SquarEat has developed this "square meal" concept as a meal delivery service...

The RENPHO Smart Body Measuring Tape reminds me of the fitness tests I used to have to take each year during elementary school PE. A timed mile run. Pullups. The Sit & Reach box o' flexibility. And the...for lack of knowing...