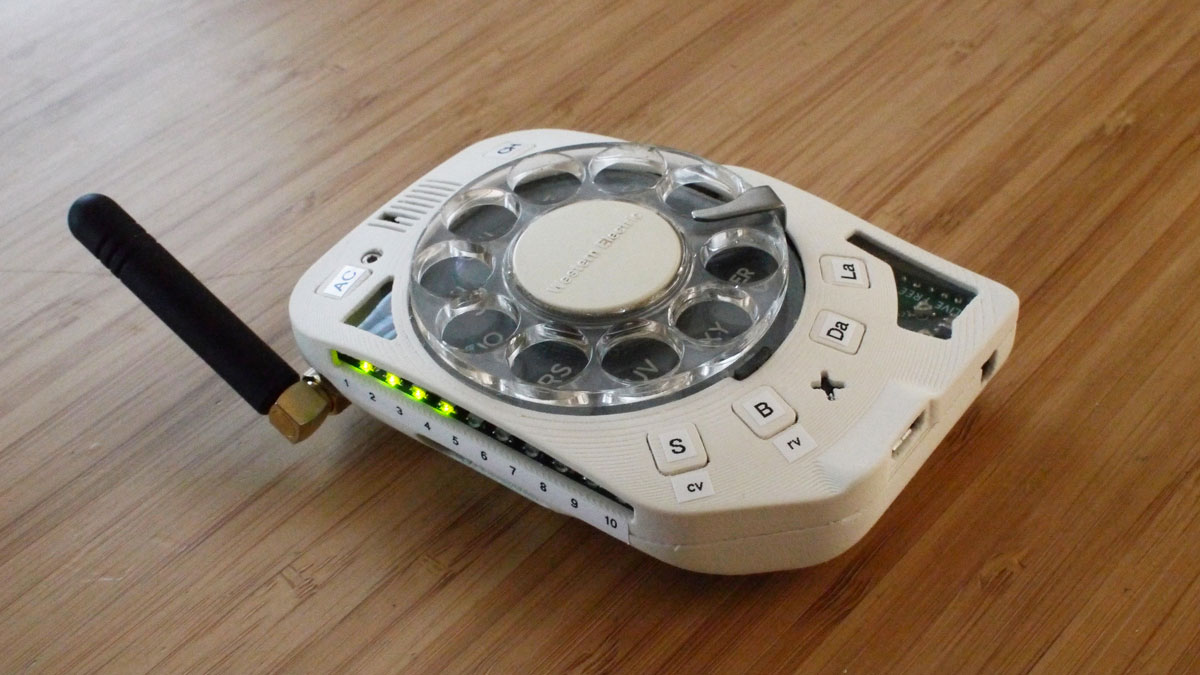 Next time your kid - or anyone you know under the age of 30 - wishes for a new phone, whip them up a Rotary Cellphone, and be like, "Wish granted!" Then sit back with some Boom Chicka Pop and watch them try to figure out how to dial it. Like these kids. At some point remind them that's the thing with wishes. They always come with a catch.

Created by engineer Justine Haupt, the Rotary Cellphone is real, it's open source for makers, and it's magnificent. Designed for those who prefer a more tactile experience than touchscreens offer, as well as those who don't want to be quite so connected at all times, the Rotary Cellphone cannot text, post to social media, or take selfies, but it can make calls. The old fashioned way with good ol' twists and turns of your pointer finger, or via the press of a single key for the people you call most often, and save to Rotary Cellphone's speed dial.

Haupt built the Rotary Cellphone with a real antenna with an SMA connector, and says her reception is excellent. She also gets nearly instantaneous, hi-res indication of signal strength and batter, with an LED bargraph the reads out 10 increments of resolution instead of just 4. The Rotary Cellphone display is e-paper and bistatic, so the battery isn't sucked down just to display a fixed message.

On a final note, Haupt declares the Rotary Cellphone's power switch "is an actual slide switch. No holding down a stupid button to make it turn off and not being sure it really is turning off or what."