Boxes in a Box Prank Gift 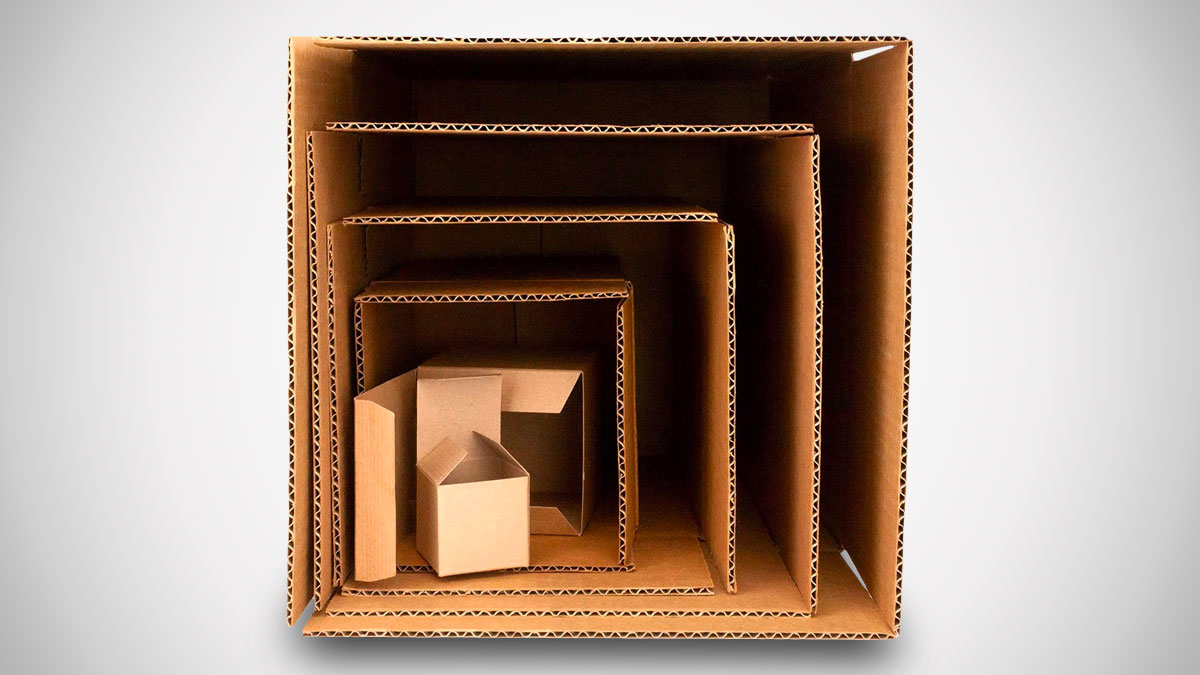 Uh, is the price of the Boxes in a Box Prank Gift a prank too? And here's the other thing: while in an abstract sense I like the idea of watching someone get increasingly frustrated opening a packing product Russian Doll, in practice it would never play out. Anyone who's not an idiot (i.e., anyone but a shockingly large number of Representatives in the United States House) would "see what you're doing here" by the third box, and stop opening them. Everyone in the room would make a half-hearted chuckle or two to be polite, and then move on to the next gift, which, real or prank, would almost certainly be better than Boxes in a Box.

And the company that made this thing is called "Witty Yeti?" Not this time, dudes. Try again.

Also, while I understand most gifts, and gag gifts especially, aren't much better than trash, maybe come up with one that isn't literally intended for it.

Liven up the holidays--at least for yourself--with Prank Packs, fake gift boxes with intricately detailed photos and explanations of products just bizarre enough to be ridiculous, but just believable enough in enterprising...

What better way to enjoy giving a gift as much as receiving one than to present it to its recipient in a Puzzle Pod? For this DaVinci Code-style cryptex, which must be solved before the goods inside are accessible, will...

The Foosball Pizza Box is a collaboration between Pizza Hut and advertising agency Ogilvy created to celebrate the start of football season. (To Americans still living inside your tiny little American pizza boxes, I am...

Someone has repurposed the hair crimpers all the girls in my 5th grade class used...and that I may have tried once...into handheld food bag heat sealers. And that someone looks like - no surprise here - Japan!...

It's not what's on the inside that counts, it's what's on the outside. Right? The good folks at Gift Couture have captured that heart-felt sentiment beautifully with this cheeseburger wrapping paper. This mouth-watering...

One Bubble Wrap Calendar reviewer on Amazon recommends abstaining from an entire month of daily extra-large bubble popping satisfaction, and then at day 30 or 31 (fine, or 28) running your thumb down the whole row of...