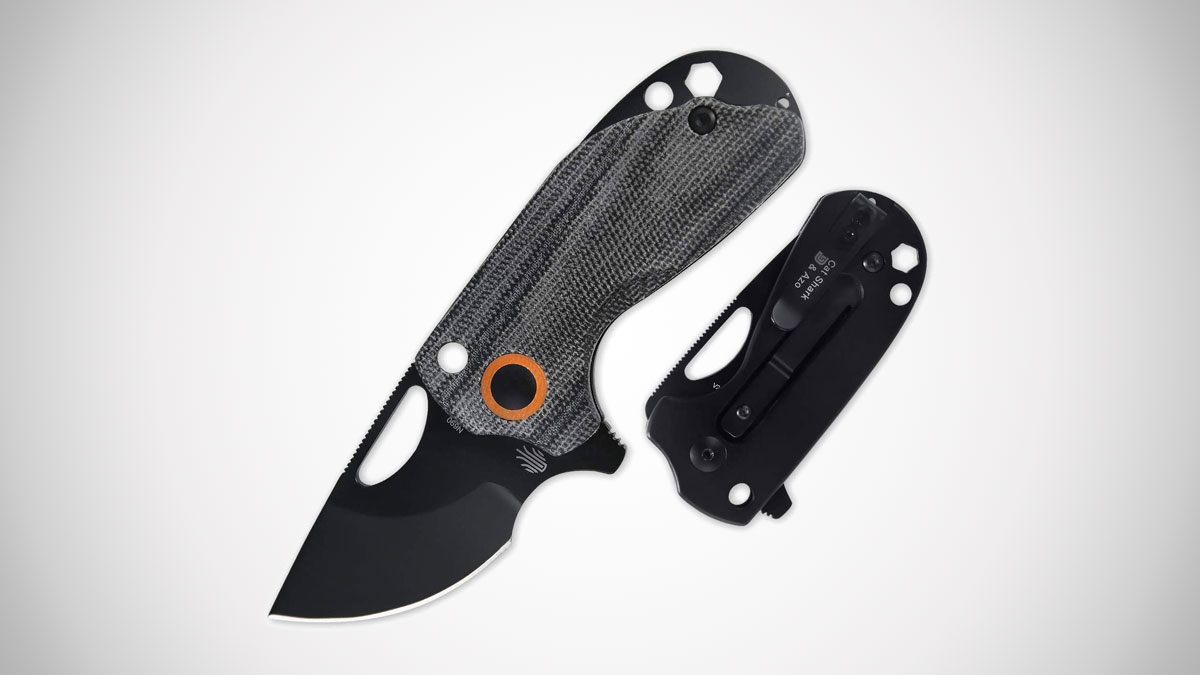 Since the only thing scarier than a cat is a shark, clearly Kizer wasn't kitten or finnin' around when they combined the two to name their new pocket knife the Catshark*. It's a non-locking folding knife with the chub of an overfed cat along its Micarta and titanium handle, and the toothy bite of a hungry shark tracing the lines of its 1.95" N690 steel blade. So again, good name they've got there in Catshark.

The EDC-ready Catshark also comes with a pry bar and screwdriver built into its handle, which, according to Kizer, "can be used for daily screwing or twisting." Available in black or silver, the folding knife has a quick-open design via its front flipper or thumb hole. Though it's non-locking, Catshark purchases include a fire starter rod you can also insert to hold the blade in place.

*Yeah, I know a catshark is an actual type of shark, and that's actually what Kizer took inspiration from in designing this pocket knife. But catshark fodder isn't nearly as fun as cat-shark hybrid fodder in product descriptions, so I took some liberties for the enjoyment of all.

Pull the trigger on this gun and get a slash instead of a bang. Ruck Gear makes and engraves gun shaped pocket knives to order, with initials, names, or other text, in your choice of font. They're a simple, but still...