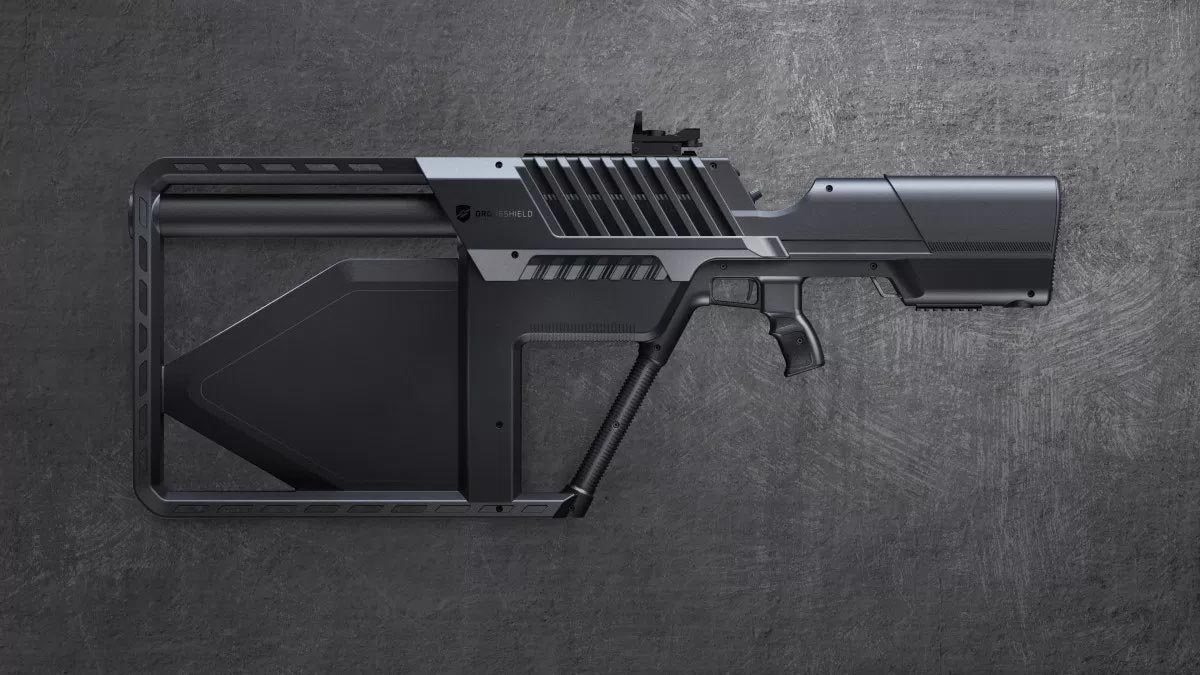 Are you sick of real estate agents getting aerial footage of new listings in your area? Drone Shield has you covered. Finally a safe way to bring down those quadcopters from the sky without having to fire a single shot. The DroneGun Tactical.

The DroneGun Tactical provides a safe countermeasure against a wide range of drone models. Relying on Spaceballs like tech, instead of ready, aim, fire, it's ready, aim...jam! The Dronegun allows for a controlled management of drone payloads such as explosives (or aerial neighborhood photos) with no damage to common drones models or surrounding environment due to the drones generally responding via a vertical controlled landing on the spot, or more tactically, returning back to the starting point which will assist you in tracking the agent down and finding out how to get a job at their agency because that seems like a great job to me because I don't really feel like they have to do very much except host an open house then collect 6% commission on the sale price.

The DroneGun Tactical has up to 1km coverage, in a wide range of environmental conditions and allows for single person operation. It's easy to use with no technical training for set up or use required. Right up my alley. It immediately ceases video transmission back to the drone pilot and causes no damage to the offending drone allowing for further forensic investigation.

I suppose I could see some military applications for this as well, but I'm putting real estate agents on notice.

Currently, the DroneGun Tactical has not been authorized as required by the United States Federal Communications Commission and as such is not, and may not be, offered for sale or lease, other than to the United States government and its agencies, but let's just wait and see what the future holds.

As an aside, I wish they would bring that Drone Racing League back to ESPN instead of playing essentially the same talking heads show three times in a row that just recycles shitty internet videos that I already saw on Reddit. I can hardly tell what in the fuck is going on during the races, but I find it pretty interesting nonetheless.

Looks like tech that autonomously follows its owner around could be the next trend in Stuff You Can't Believe Is Real. Well, maybe not entirely autonomously. Like the HEXO+ and Double the roaming robotic iPad