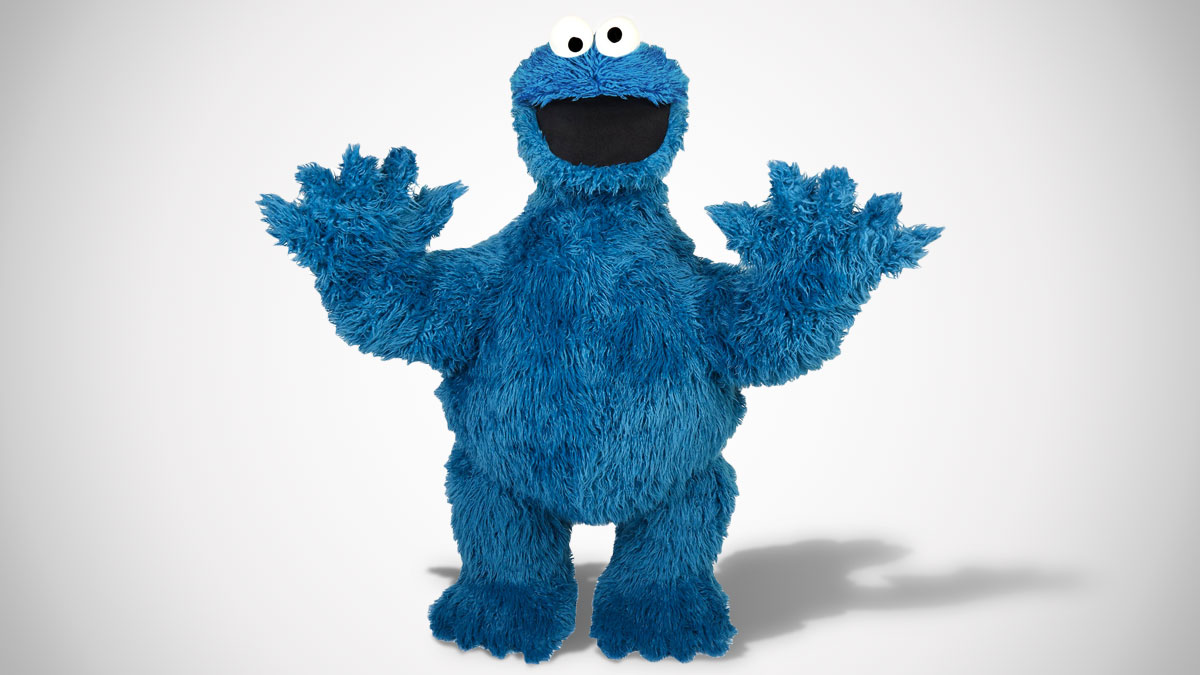 Life-size. Posable. Photorealistic. Dude, I love me some Cookie Monster, and despite his $300 pledge tag, I'm tempted to back this guy on Hasbro Pulse. The Cookie Monster isn't just a cornerstone of my youth, he's like my brother from another mother. We have so much in common: passion for the things we love; one track minds; and a joy of eating large quantities of food with reckless abandon, as if no one's watching. Even when they are.

I wish he were more interactive than just "posable" though, more like the FurReal Chewbacca. Like I wish he could just do one thing, which is act out his Apple commercial wherein he talks to Siri and bakes me cookies.

Hasbro Pulse is testing interest in the Cookie Monster replica in their HasLab, a crowdfunding-style arena that requires designs to score a certain number of backers before the company produces it. Cookie Monster needs 3,000 backers to become life-size, posable, and photorealistic in your arms, and he has until August 25, 2019 to get them. At printing, it looked like a gloomy day on Sesame Street - they project had just 250 backers.

Designer Samantha Ulrich calls this her Googly Eyed Monster Mug, I guess due to Sesame Street's having a corner on the market of using the words "Cookie" and "Monster" consecutively. Which, on the one hand, is kind of...

Bert and Ernie, long suspected of being gay (or bi at least) make their first appearance as zombies... as depicted on this t-shirt, and still fail to quell rumors of their questionable heterosexuality. That's why the...

Periodic Table of the Muppets

You're going to have to buy a print, T-shirt, hoodie, or tote bag of The Periodic Table of the Muppets if you want to see the details of this comprehensive compilation of Jim Henson's finest because the Internet is showing...

I think the Savage Choices logo is a golden poo because it represents the kind of accomplishment any winner of the party game will feel: superior and triumphant, yet also like shit...

In case you forgot, South Park Charted is here to help you 'member. 'Member what? All twenty seasons of the show's most memorable characters and references, including the citizens of South Park, "The Many Guises of Cartman"...