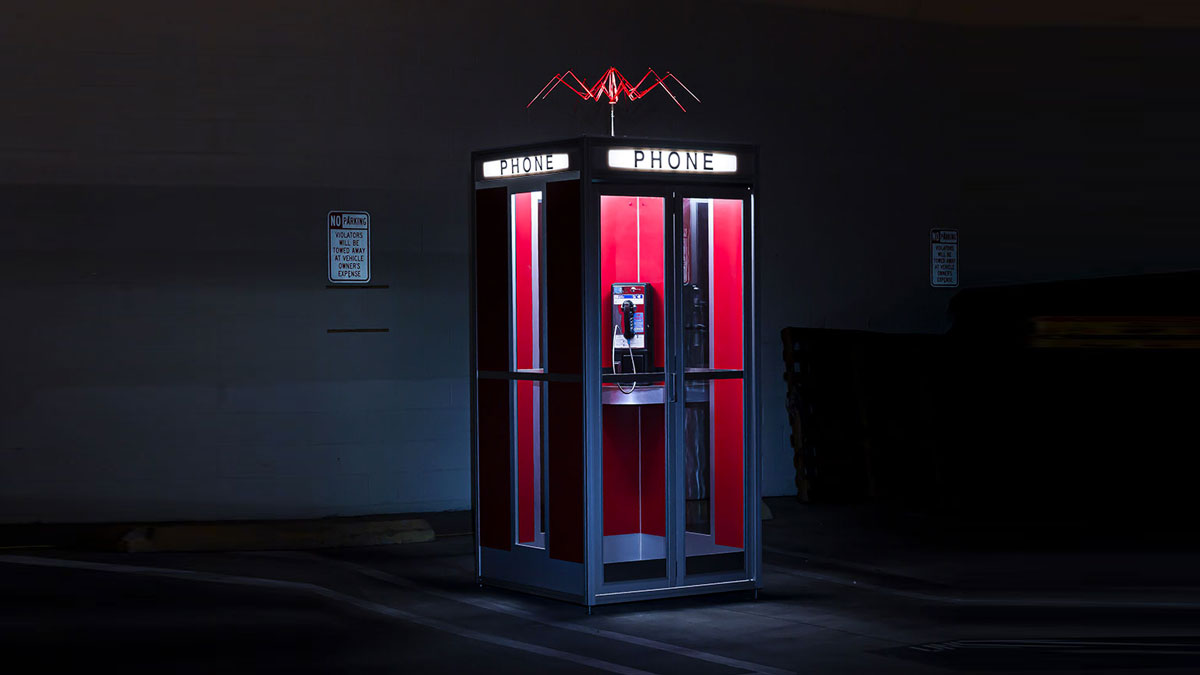 In the Winter of 1989, Bill & Ted had an Excellent Adventure. Over 30 years later, in the Summer of 2020, Mr. Preston Esquire and Mr. Logan are going to have to Face the Music for it. And while you can't use the Bill & Ted's Excellent Phone Booth from Cubicall to travel freely between the two, you can install one of the replicas in your home or office to relive the original, and usher in the next phase of cinematic bodaciousness to a new generation.

A generation that naively believes Keanu Reeves' greatest achievement is being the Nicest Man in Hollywood.

The officially-licensed Bill & Ted's Excellent Phone Booth is a limited-run piece from a company that still actually makes phone booths. Cubicall's brand, however, focuses more on workplace privacy and productivity, with booths that ship flat, and install in offices as soundproof stalls sized for between 1 standing and 4 seated occupants.

Bill & Ted's Excellent Phone Booth is designed after the iconic set piece used in the film, including the umbrella antenna, and an authentic payphone, the latter retrofitted for VOIP / landline service.

Keanu Reeves, the coolest and kindest dude in the world, as "Ted" Theodore Logan, his finest movie role ever, now here to do another cool, kind, and fine thing for you: protect your car's windshield from bogus snow this...

This mini model 304 revolver is a little pricey given all it does is load matches and go Bang! but if you're looking for a gift for a man, you really can't go wrong with a toy that...loads matches and goes Bang!...

For those who want to go beyond just dressing up as Deadpool this Halloween, IlustraStudios' Deadpool Pro Edition replica movie mask is your first step towards total transformation into Ryan Reynolds as Wade Wilson as...

Hey man... like wanna come hang out in my bus? I wonder what goes on in a tent like this? I doubt there would be any drugs that's for sure. And probably nobody with a guitar or patchouli smell. Definitely no rastafarian...